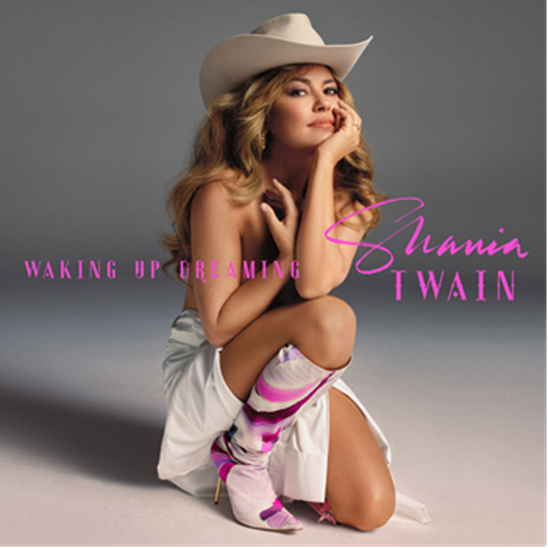 New York, NY (September 23, 2022) – Today, five-time GRAMMY® Award-winning legend and the best-selling female artist in country music history Shania Twain has unveiled her first new single since 2017, “Waking Up Dreaming”. The single serves as her first release with her new label partner Republic Nashville, a division of Republic Records. Shania also released a video for the single, which was directed by Isaac Rentz.

Of the release and new partnership Shania commented “I couldn’t think of a better partner than Republic Nashville. I’m honored and excited to be the label’s first artist and lead the charge of this new and exciting chapter. In this respect, it feels like a new beginning all around, and I’m embracing it wholeheartedly.”

Republic Records co-founder and CEO Monte Lipman commented “Shania is one of the most influential and impactful artists of this generation. She’s a rare talent whose legacy continues to resonate throughout the world. We feel a tremendous amount of gratitude to support her new body of work, which is spectacular.”

“Waking Up Dreaming” marks her first release in five years since 2017’s critically acclaimed, Now, which bowed at #1 on the Billboard Top 200 and #1 on the Top Country Albums Chart upon arrival. It also arrives on the heels of her blockbuster career-spanning documentary Not Just A Girl—streaming on NETFLIX now. It was notably produced by Mercury Studios and directed by Joss Crowley. To accompany the film, she also presented the compilation album Not Just A Girl (The Highlights).

International superstar Shania Twain is a five-time GRAMMY winner and one of music’s most renowned trailblazers. With five albums released and more than 100 million albums sold worldwide, Twain remains the top-selling female country pop artist of all time. Her hits include “Any Man of Mine,” “That Don’t Impress Me Much,” “You’re Still the One” and “Man! I Feel Like A Woman!”. Shania was the first artist in history to release 3 consecutive diamond certified albums. Twain’s first album in 15 years, NOW, was released in September 2017 and debuted at No. 1 on the Billboard Top 200 albums, making it the first female country release in over 3 years to top the all-genre chart. Additionally, the album landed at No. 1 on the Billboard Top Country album charts and went to No. 1 in Canada, Australia and the UK. The release was followed by a year-long sold-out NOW World Tour. Twain is currently performing at her second residency in Vegas called “Let’s Go!”. The residency at the Zappos Theater in Planet Hollywood Resort & Casino kicked off with a sold out run and continues through 2022.  On July 26, Netflix released Shania Twain: Not Just a Girl, a brand-new, career-spanning documentary on Twain’s life and career with an accompanying Highlights album.  The Queen of Country Pop will return with new music this year.