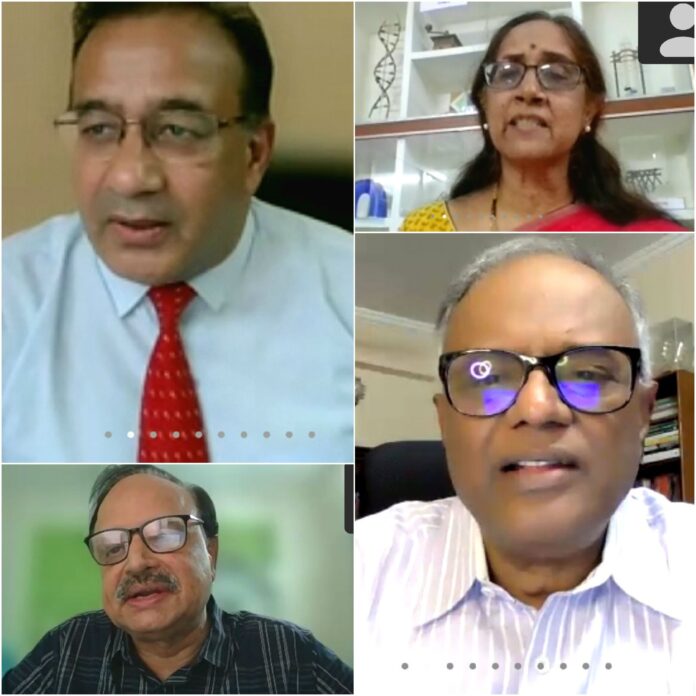 There is a lot of curiosity of human race about space. He spoke what is space where it begins. He spoke about exciting journey of space, its applications, how modern and new wave of technologies is  changing space science. We at ISRO  have the capability of identifying from 500 kms above surface an object of 50×50 cms in size on earth’s surface, he said. We can study images of weather patterns taken from the satellite hundreds of kilometers away from earth’s surface, he added.

Dr. K Ratna, Secretary of the society while Welcoming the gathering said what was started small in then combined states of Andhra Pradesh, the Dr KV Rao Scientific Society now has gone national.

Giving her annual report, Dr. K. Ratna, Secretary of Dr K. V. Rao Scientific Society said the society has embarked on its journey of science promotion and popularization since 2001. And it has been involved in encouraging child scientists, young scientists in pursuit of science and research.

The two ambitious projects Science Innovation Centre and Science Mobile Labs have reached out 200 plus schools and 3000 plus students said AMr Kutty. Many government schools do not have science labs. For them knowledge of science is through reading books. Mobile science lab helped  many students, he added.

The Society was founded by the family in memory of Dr. K.V. Rao, an eminent Scientist of yester years who worked with Geological Survey of India.  Dr. K.V Rao Society has been working hard for the past 18years  for the cause of popularizing science among school children and enthusing young minds towards pursuing a career in science.