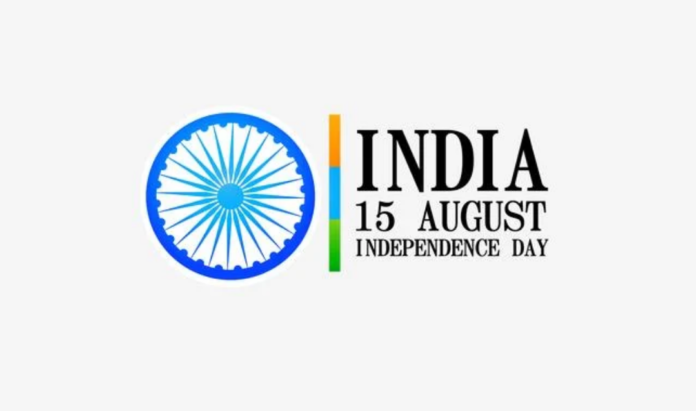 As we celebrate our nation’s independence day, let’s remember our past leaders who lost their lives in the battle for the freedom we are enjoying today. Have a wonderful independence day.

This year it is the 75th Indian Independence Day which means India has achieved 74 years of independence. We as Indians respect all those leaders who fought valiantly for the independence of our country in the past.

On this day, the Prime Minister of India will unfurl our tricolor flag at the Red Fort, Old Delhi. He will also give a speech to the nation.  Independence Day i.e. 15th August is declared a national holiday which means every government office, post office, bank, and store will be closed.

Are you looking for patriotic India independence day quotes and independence day messages Well you have landed on the right page for the patriotic touch. It is time to remember the great historical moment when the freedom fighters fought for the independence of India. India’s Independence Day is celebrated on 15 August. India got independence from British rule on 15 August 1947 and on this day our late Prime Minister Jawaharlal Nehru unfurled the tricolor flag at the Red Fort in Delhi.

” May the Indian tricolor always fly high,
Warm wishes on the grand occasion of
Independence Day. “

“As we celebrate our nation’s independence day, let’s remember our past leaders who lost their lives in the battle for the freedom we are enjoying today. Have a wonderful independence day.”

“Thousands laid down their lives so that our country can celebrate this day. Never forget their sacrifices. Happy Independence Day 2021! “

” Our freedom fighters endured countless sufferings to give Indians their freedom. It’s a day to remember and honor them. Happy Independence Day! “

” Happy Independence Day to everyone, I wish you all faith in the words, freedom in the mind, and pride in your souls. Let’s salute this glorious nation on its Independence Day! “

“It is a great time for you to show the act of freedom. Make yourself known. Never follow other’s footsteps, free yourself, after-all you are independent! Happy Independence Day. “

” Freedom has its life in the hearts, the actions, the spirit of men and so it must be daily earned and refreshed – else like a flower cut from its life-giving roots, it will wither and die. “

” I pledge that the labor of our past heroes shall not be in vain. Happy Independence Day “

“The Almighty In The Highest Grants Liberty Only To Those Who Love It, And Are Always Ready To Defend It. “

” Feel proud of being part of a prosperous nation. “

” Let us think of something we can do for our nation to make it a place of wealth, peace, and happiness. Here’s wishing you and your family a safe and happy Independence Day. “