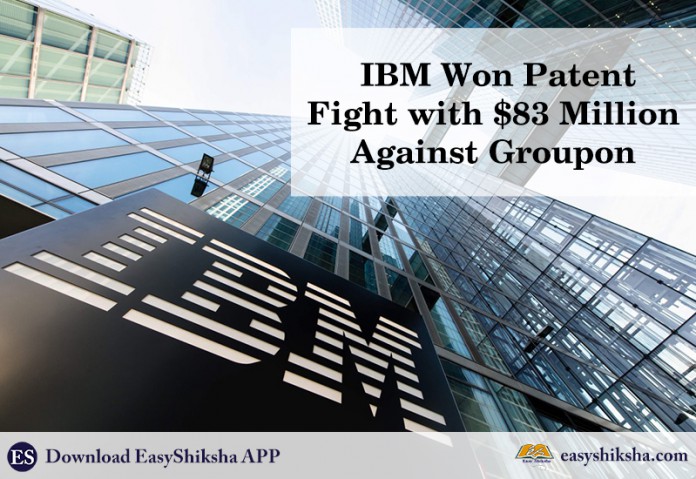 “IBM rely on its patents and we invests nearly $6 billion annually in research and development. On Friday jury have made the final result over it and charged Groupon to give $83 Million to IBM that is nearly Rs.569 Crore. Groupon is eCommerce Company that was using IBM research for over two week of free trial.

In final arguments, Groupon described IBM’s strategy as tantamount to “extortion.” Two of the four patents the deals company is accused of violating originated in the 1980s, long before Groupon’s particular brand of flash-sale e-commerce came into fashion.

The final bill for Groupon could soar even higher; IBM, which sought $167 million in damages, has the right to request that a judge increase the jury-approved payout.

The jury’s decision is the culmination of a 2-year-old case that revolved around Groupon’s use of technology that’s covered by four IBM patents. Among them is a patent covering “single sign in” technology and a system for alleviating server overloads.

“It’s a vindication for the strength of IBM’s e-commerce portfolio,” Desmarais said of the jury’s decision.

IBM argued during the two-week trial that companies have paid from $20 million to $50 million for licenses to use its thousands of patents, including tech giants such as Amazon.com Inc., Alphabet Inc.’s Google, Facebook Inc., Twitter Inc. and LinkedIn Corp. Groupon didn’t seek IBM’s permission.

The trial marked the first time in at least 20 years that a patent lawsuit filed by IBM has made it to the start of a jury trial, Shelton said.