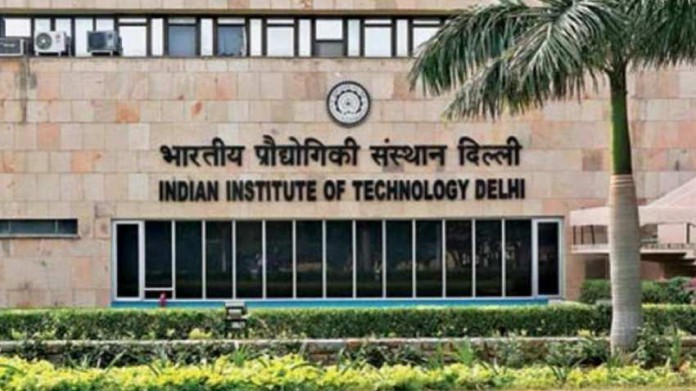 Commitment of Rs 250 Cr by founder alumni during the launch

Announces launch of ‘Each One Teach One’ initiative; invites alumni, wealthy individuals and corporates to be a part

New Delhi: Hon’ble President of India, Shri Ram Nath Kovind, launched the ‘IIT Delhi Endowment Fund’ at Rashtrapati Bhavan on Friday. Initial commitment of Rs 250 Cr was made by over 10 founder alumni (find the detailed list below) at the time of launch.

The endowment model aims to achieve a target corpus of USD 1 billion over a period of seven years. This first-of-its-kind fund in India will work towards the development of the University, nurturing innovation, and keeping alive the entrepreneurial spirit among the youth of India, also in the form of scholarships.

Speaking on the occasion, the President said that endowments globally have become integral to the financial health of educational institutions over time. While we are still far from the size and importance of endowment funds of Institutions such as Harvard, Yale or Columbia, it is the right first step in this direction. By giving through endowments, alumni are not just giving to their institution but they are also supporting and nurturing future generations of learners.

Over the past fifteen years, IIT Delhi alumni have founded highest number of successful startup ventures in India and have cumulatively raised a capital of USD 14 billion, almost double the amount of capital raised by the next best. Today, all IIT-ians put together are the fourth-largest producers of unicorn start-ups in the world, after Stanford, Harvard and University of California, with IIT Delhi alumni leading the pack creating 14 out of 24 Indian unicorns.

Some of the contributors who are also the part of this endowment fund have created multi-billion enterprises with great success and have now come together to support their alma mater to strengthen its legacy.

Prof. V. Ramgopal Rao, Director, IIT Delhi said, “We are immensely proud of the success our alumni have achieved over the years across sectors and applaud their contribution to the economy. At IIT Delhi, we strive to offer the best of facilities to its students and we are constantly working towards achieving this. This endowment fund is a testimony of our efforts to ensure the right support is provided both in terms of academic guidance and infrastructure to make ready for the future workforce. Such endowments also allow institutions like ours to confidently engage in long-term planning without sustainability risk to critical projects. This will also put IIT Delhi on the global map for education along with the prominent foreign universities.”

More alumni members will be added to this committee. The earnings from the fund will be utilized under the guidance of a Governing Board of Advisors consisting primarily of alumni and the IIT Delhi administration (Director and Dean, Alumni Affairs).

The fund will have a transparent structure and corporate governance model that will work towards building a relation of trust and credibility with its alumni through better communication, professionally managed team structure and periodic reporting.

Prof. Sanjeev Sanghi, Dean, Alumni Affairs and International Programmes, said, “The beauty of this initiative is that it is being spearheaded by the IITD alumni themselves. Instead of the Institute administration reaching out to the alumni for contributions, it is the alumni who are making it into a movement. They are creating an endowment structure, which will compete with the best in the world. With a strength of more than 52,000 alumni backing, we are confident this will create a model endowment fund, which can be emulated by all Indian universities. I appeal all IITD alumni to become a part of this historical milestone as we march into an even brighter future where excellence will continue to be nurtured.”

Around the Thanksgiving and Christmas donation season, IIT Delhi will also be launching the ‘Each One Teach One’ scheme to support education of one student per year costing up to 10,000 USD, which will get added to the IIT Delhi Endowment Fund.

The initial major contributors who are founders of this Endowment and have committed to contribute more than Rs 10 Cr each have come from across the batches of IIT starting from Mr Binny and Mr Sachin Bansal of Flipkart (Batch of 2007); Mr Sandeep Singhal & Ms Kavita Iyer, co-founder of WestBridge Capital and Sequoia Capital India, and trustees of SIFF respectively (1992 & 1994); Mr Arun Duggal, Director, ICRA (1969) and Mr Vikram Gupta, Founder & Managing Partner, IvyCap Ventures (1993).

Other significant contributors who have committed to more than Rs 5 crores are Mr SK Jain, co-founder of WestBridge Capital (1993) and Mr Gaurav Kushwaha, Founder & CEO, BlueStone (2001).