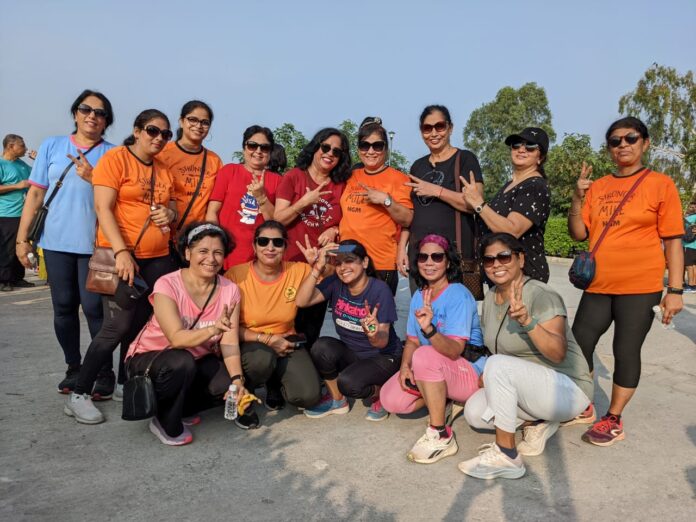 Noida, 12th September 2022:- Continuing with its ongoing drive on promoting breast cancer awareness in the country, Ikris Pharma, India’s leading rare disease and innovator drug access facilitator organized a Promo Run today. The Run was organized in the lead up to the Breast Cancer Awareness month which is observed in October every year. The event was held at the popular Biodiversity Park in Noida.

Interestingly, the promo run consisted of two concurrent events in the form of a 5 km and a 10 km run allowing the participants a choice to either stop at five kilometers, or continue to run for another five kilometers on having completed the first five kilometer distance. With more than 150 participants enthusiastically taking part in the Run, the event was a huge success. Attended by eminent doctors, healthcare professionals, cancer care specialists and individuals from a cross-section of society, the event marks a critical milestone in Ikris’s campaign for promoting breast cancer awareness in the country.

Earlier last month, Ikris Pharma had launched the IKRIS Run with the release of a video. And now in the next phase of the campaign, there will be a final run on 2nd October, the birth anniversary of none other than Mahatma Gandhi, the father of the nation.

“We are glad to see such enthusiastic participation of people from all age groups and walks of life. It means that breast cancer as a challenge is increasingly getting amplified amidst lay people. In fact, today’s participants in the promo run are brand ambassadors for promoting and making people aware of the enormity of the threat that breast cancer poses to us as a society. In this time and age of social media, I am certain that many of these participants would further spread the good word on the campaign. So I would like to thank everyone who ran and also those who couldn’t run but attended the post-run discussion on breast cancer. At the same time, I would also like to thank Dr Meena Walia for sharing her valuable insights on such a critical disease,” said Mr Praveen Sikri, CEO, IKRIS Pharma Network.

“Continuing with the event in August, I am once again very happy and honoured to be a part of a campaign that means so much for the cause of spreading awareness about breast cancer as a disease. And we had a very fruitful discussion on the subject wherein we talked on a wide range of issues pertaining to the condition. I would particularly request women to be cautious, and even the slightest of symptoms such as feeling of a lump or swelling in breasts or armpits, having redness of skin on breast or nipple, abnormal fluid discharge and unexpected pain etc must become a trigger for immediate consultation with a specialist. Those with a family history have to be even more careful. Also, it is important that we should maintain a healthy lifestyle which would ward off the possibility of any such disorders in our bodies,” said Dr (Prof) Meenu Walia, Director & HOD- Dept of Medical Oncology and Hematology, Max Hospital, who is also the first DNB Medical Oncologist of India.