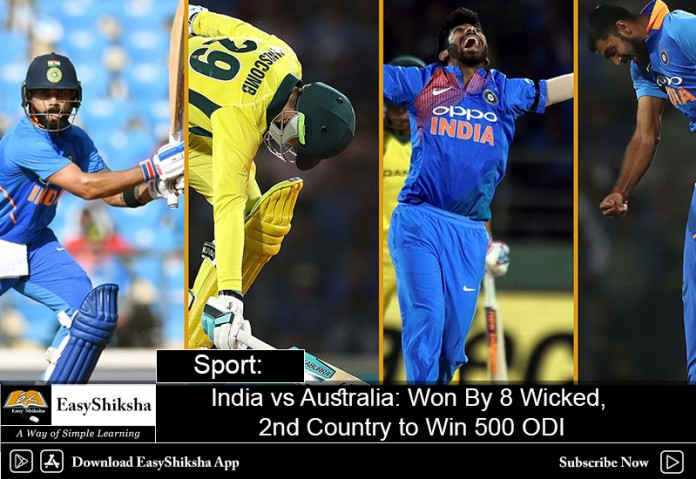 India have made history be destroying Australian team in the second ODI played in Nagpur. India won the match by 8 runs. By winning that match India has become 2nd country that won 500 ODI matches. Australia has done this before. Team India has played 963 ODIs so far of these, he has won 500. At the same time, Australia has won 558 out of 924 ODIs.

Vijay Shankar, who was the hero of the match, said, “It was an opportunity for me.” To be honest, I was looking for such an opportunity, I wanted to perform better under pressure. It was just saying that the last over has to put me in. I was ready to take the challenge. When you are playing for the country then there is a need to be ready for such challenges. Rightful place was put right ball. I did the same. I am confident that I can do. “