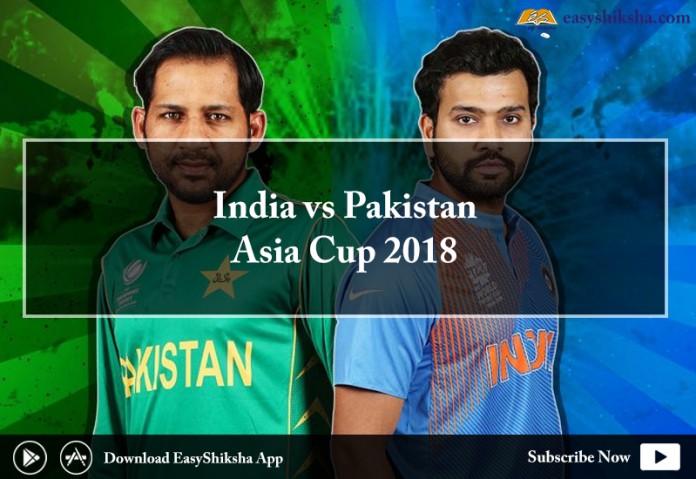 It’s ironical that at a time when India and Pakistan are looking for ways to bring about a thaw in their diplomatic relations, their cricket teams will lock horns in the sweltering heat of the UAE in a fixture that has grabbed the attention of the cricketing world.

India will hope not. But the men in blue will be under massive pressure. Overall, both sides have met 196 times of which Pakistan has won 86 matches whereas India has a record of winning 67 matches. In the last decade, the record is 5-2 in favour of India. However, another factor that Rohit Sharma and his men have to contend with is the weather in Dubai and how quickly can they recover from the after-effects of the tie against Hong Kong on Tuesday. Catch Live score and updates of India vs Pakistan Asia Cup 2018 Live ODI match.

India and Pakistan have played each other 129 times in ODI cricket. India has won 40% of these matches; 52 games, to be precise. Pakistan has been the more dominant side having won 73 of these encounters. However, their dominance ended in the mid-2000s. From 2006 India has been the more dominating side having won 17 of the 28 matches they have played against their arch-rivals.

It is, therefore, worth seeing how the two teams have fared in ODI cricket since the 2015 World Cup Down Under.

And, we are off! Time for 🇮🇳 Vs 🇵🇰 #TeamIndia #AsiaCup2018 #INDvPAK pic.twitter.com/XhwfDOU14w

TIPS TO BUILD A HEALTHY BODY AT HOME

Sports and Education Positive Impacts That You Should Know

Portsmouth students aim to run 10,000km in seven days to raise funds for the NHS