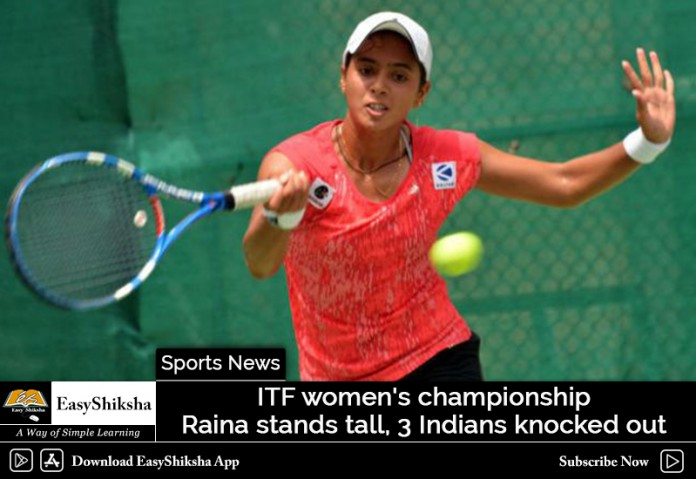 Ankita Raina and India number one has been the only city participant to make it to the next round of the BVG Pune Open ITF $25k ITF women’s championship after she conquers Amina Anshba of Russia about the second day of the championship played at Shiv Chhatrapati sports complex at Balewadi on Tuesday.

Raina, who obtained just 58 minutes to register 6-2, 6-1 victory over Anshba, stated, “It was a good match for me. As it was my first game, it took me two games to adjust, but I think that the level I maintained was great “

Raina won seven service games out of eight, while her opponent could win two.

The second set turned out to a cakewalk to get Raina as she broke the opponent in the fourth and second game to wrap up the contest. Raina will probably be up against Ekaterina Yashina of Russia in round two game on Wednesday.

Snehal Mane who was competing in her fourth women’s tournament dropped to six seed Deniz Khazaniuk of Israel 3-6, 1-6.

“She is a seeded player and I have only begun playing tournaments.

Admitting that Deniz’s support was the primary barrier, Snehal said, “Her ceremony completely outplayed me. I want to better my consistency and strength to win games.”

“I had my chances in the game, but I played a little safe and missed some chances,” explained Rutuja following her loss, adding that Kai Lin is a seasoned player and made her play with the shots.