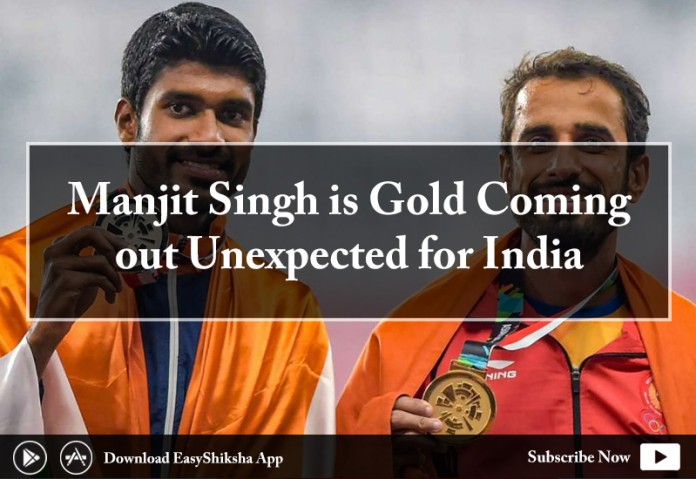 Manjit Singh, a man who wrote his name on the gold medal of men’s 800m, one of biggest achievement of his life. He took the game beyond the 800m line. This jobless man has made India proud on very big stage adding another gold into tally. Now India is just a few medal behind 2014 performance. His nightmare of coming on second place is over now. “Maximum times, I’d come second only,” he would remember.

On Tuesday, Manjit Singh beat the continent’s fastest imported double-lappers, the race favourite — India team-mate Jinson Johnson — and a flood of bad memories of the past two years with a stunning run of 1:46.15. You come around twice in the 800m, pass the same milestones a second time on the track and make the most of that dash to the finish to script yourself a fairy tale. This jobless man has made India proud on very big stage adding another gold into tally. Now India is just a few.

Manjit claimed the top position by recording his personal best timing of 1:46.15sec. The unheralded runner has become the toast of the nation, with admirers from far and wide congratulating him for his achievement.

Manjit’s father was a former state-level shot putter. Manjit comes from a family of farmers. “He practises at National Institute of Sports, Patiala, and comes back home once in a year. When he is home, he helps me on the farm and takes care of our cattle,” said Manjit’s father.

“I saw videos of my races at national and international events and analysed the mistakes. I was motivated to improve myself. I never thought of bettering the national mark. I just wanted to give my best. I don’t have a job but my coach is from Army,” said the athlete, who lives in Jind, Haryana, and comes from a family of farmers.