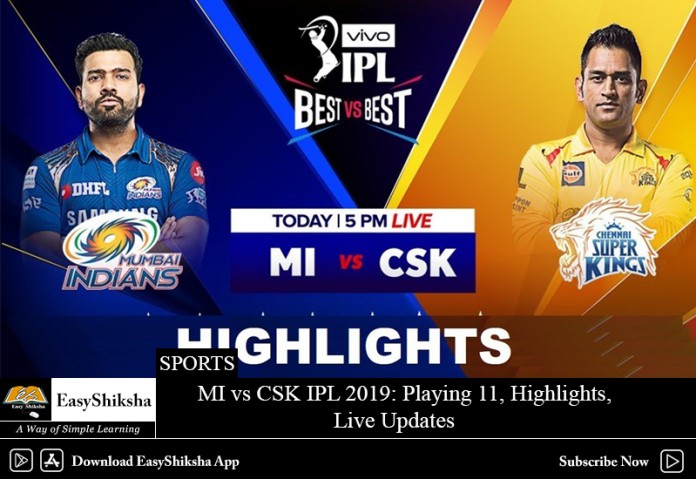 MI vs CSK IPL is one amazing tournament, where world leading batman like ABD and Virat Kohli are not able to steal a victory for their team and have put their team at bottom of the point table. It is a place where season 1 winner did not shine in future seasons. A lot of teams have been performing well so far is because the team has stood up and different players have contributed in each game.

CSK have had problems with the top order of their batting really not clicking. The lower order and the performance of their bowlers have come to the aid of the defending IPL champions. But on a pitch like the Wankhede, CSK would need to put on sufficient runs on the board to test MI.

They have the batting firepower, it’s just that no one has clicked thus far. In the last game MSD played a fantastic knock where he absorbed the pressure and accelerated at the back end to help CSK get past RR.

Dhoni has been one of the key performers with the bat for CSK this term but Bumrah’s form against him will definitely excite MI. Over the years, Dhoni has struggled against Bumrah and he has been dismissed by the star pacer multiple times as well.

Yuvraj Singh had a disappointing IPL season in 2018, managing just 65 runs in 8 matches. He has an overall IPL record of 2728 runs from 130 matches.

But this year, batting for MI at No:4, he has started off well. He has scored 53 runs from 35 balls in the first match against DC. He has so far scored a total of 94 runs from 69 balls in the three matches he has played this year.

The main concern for MI is that their middle order is not delivering as much as their top order. MI would expect the veteran southpaw to keep scoring runs in the upcoming matches as well to give some solidity to the fragile middle order.