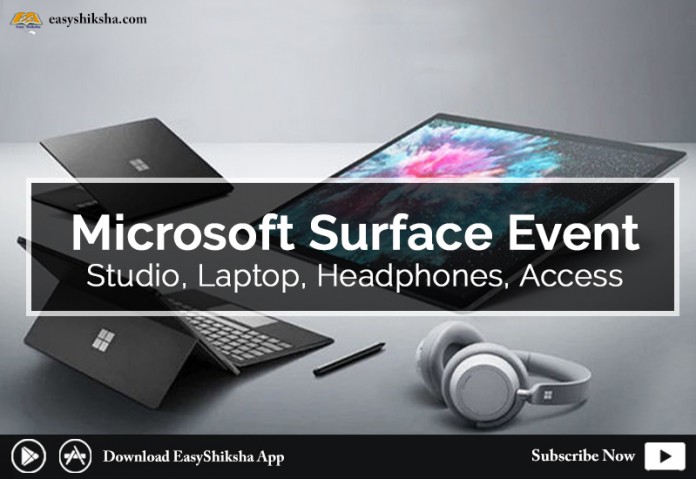 On Oct 2, 2018, Microsoft reviled its new series of Surface family. On the day with some predecessor of previous products came into existence with a new member in family. This event is proved as debut for Surface Headphone. The laptops are now made dark in color and they say that everyone is going to love it.

Microsoft has just announced its latest Surface Pro 6 at a media event in New York City. The latest tablet/ laptop hybrid has a familiar design, but updated internals. Microsoft has refreshed the Surface Pro 6 with Intel’s 8th Gen processors, and a new matte black finish.

While there’s support for quad-core processors thanks to new internal cooling changes, it’s the matte black that’s really the striking change here. The entire Surface Pro 6 is covered in the finish, and it feels and looks very similar to the original Surface RT and Surface Pro. Other than the finish, the outside of the device hasn’t really changed all that much.

Next up is the Surface Laptop 2, an updated version of the original Surface Laptop, which made its debut last year. Nothing much has changed, except now the device comes with an Intel’s 8th gen Quad Core processor. In addition, the company is no longer selling an entry-level model with 4GB RAM, that has now been doubled to 8GB, with the top-end model offers 16GB RAM.