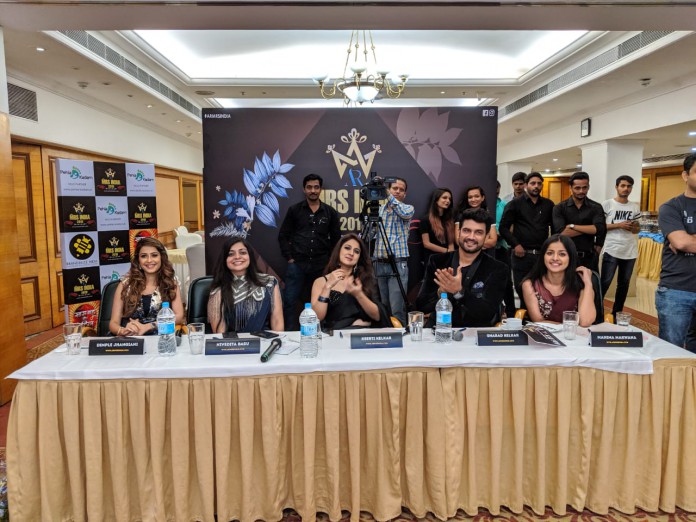 The beautiful and talented women of Mumbai get a chance to showcase their talents AR Mrs India 2019.

The first round was the introductory round in which all the participants had to show up on the ramp, and with their introduction, the answer to the questions of the selectors was also to be given. The second round was the Talent Round in which participants had their dancing singing or The talent of acting was to be shown in which the Contestant showed his talent in Dancing and Singing, which attracted the mind of the selectors who took the auditions. In the third round, the Contestant had to answer the questions asked by the selectors, in which a kind of question was reached from the Contestant, whose participants responded with a lot of silence, their enthusiasm and Confidence were worth seeing.

At the occasion Mr. Ashish Rai said : ‘AR Mrs INDIA ‘SHE CAN, SHE WILL’ is the pageant where we only believe in empowering women. We want to give chance to all the married women who has always wished in their childhood of wining the crown with all the fame, name and success. Unlike other pagents it’s the only pageant in India where we are only taking any fees or hidden charges from contestants during the pageant or after the pageant because we care for the women of our proud nation.

This year AR Mrs India pagent is happening all over India and its being produced and organized by Mr. Ashish Rai’s AR Entertainment Group and the CEO of our firm is Mrs. Nivedita Basu who is the founder of Pehla Kadam (NGO partner). Our editorial partner for the pageant is Aaj Tak – Saas Bahu aur  Betiyan.

The Grand Finale of AR Mrs India 2019 will be held in Mumbai after we complete auditions in all cities. We want to spread more and more awareness through social media and news channels so that we reach out to more women who can fulfill their dreams of winning the crown. We want to inspire and motivate all the married women to make their name and spread woman power in our nation. The winner will definitely get a crown and the tag of first AR Mrs. India 2019 followed by few other surprise gifts.