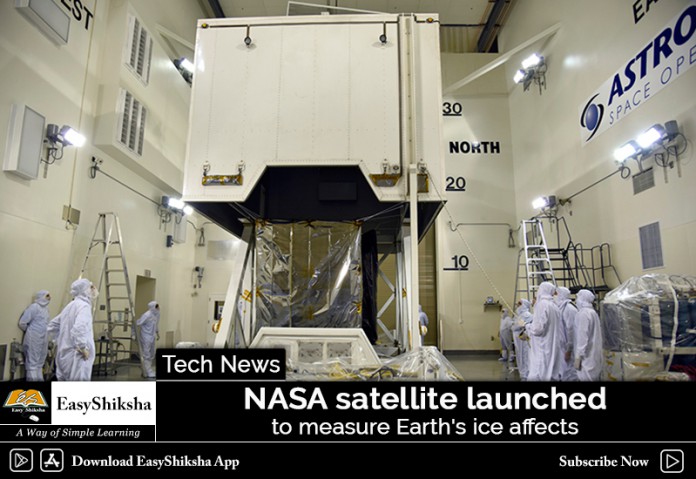 A Delta 2 rocket carrying ICESat-2 lifted off from Vandenberg Air Force Base at 6:02 a.m. and headed across the Pacific Ocean. NASA Satellite Earth Science Division manager Michael Freilich says that the mission, in particular, will advance knowledge of how the ice sheets of Greenland and Antarctica contribute to sea level rise.

The melt from these ice sheets has raised global sea level by more than 1 millimeter (0.04 inch) a year lately, according to NASA. The mission is a successor to the first Ice, Cloud, and Land Elevation Satellite that operated from 2003 to 2009. Measurements continued since then with airborne instruments in NASA’s Operation IceBridge.

Recently, the Hubble Space Telescope started a new assignment to study six enormous galaxy clusters that might help shed light on just how the earliest galaxies evolved in the universe, NASA said. Learning about the creation and development of this very first galaxies in the universe is crucial for our comprehension of the cosmos.

Though the Hubble Space Telescope has already detected some of the very remote galaxies known, their numbers are small, making it difficult for astronomers to find out whether they represent the universe at large. Initial observations from the Beyond Ultra-deep Frontier Fields And Legacy Observations (BUFFALO) survey reveal the galaxy cluster Abell 370 and a bunch of magnified, gravitationally lensed galaxies around it.

Massive galaxy clusters such as Abell 370 will help astronomers discover more of those distant objects. The huge masses of galaxy clusters make them behave as cosmic magnifying glasses. A cluster’s mass bends and magnifies light from distant objects behind it, uncovering objects otherwise too faint for even Hubble’s delicate vision. Using this cosmological trick — called powerful gravitational lensing — Hubble is able to explore some of the earliest and most distant galaxies in the world.