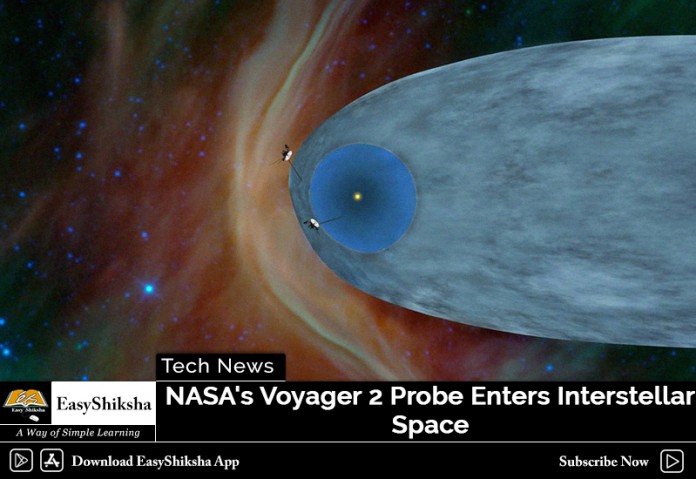 For the second time ever, a human-made thing has reached the space between the stars. NASA’s Voyager 2 probe has exited the heliosphere – the bubble of particles and magnetic fields.

This is the second time ever, a human-made object reached the space between the stars from Earth, NASA announced on Monday.

Voyager 2 was established in 1977, 16 days before Voyager 1, and the two have traveled beyond their first destinations: Jupiter and Saturn, stretching their four-year lifespan into 41 decades. Voyager 2 is currently NASA’s longest-running mission, reports Xinhua.

In addition to the plasma information, Voyager’s science team members have observed evidence from three other onboard instruments – that the cosmic ray subsystem, the low energy charged particle instrument and the magnetometer – that is consistent with the conclusion that Voyager 2 has spanned the heliopause. Voyager’s team members are eager to continue to examine the information from these onboard devices to get a clearer image of the surroundings through which Voyager 2 is currently traveling.

The mission scientists decided that the probe crossed on November 5. The outer edge of this heliosphere, a boundary where the hot solar wind meets the interstellar medium that is cold.

The Science Experiment on Voyager 2, filled mostly with plasma flowing out from our Sun until recently, observed a decrease on November 5 and no wind flow in the speed of the solar wind particles then.

“Our studies start at sunlight and stretch out to everything the solar wind touches.

The width of Oort Cloud is projected to begin at about 1,000 astronomical units (AU) from sunlight and to extend to approximately 100,000 AU. One AU is the distance from the Sun to Earth.

It takes about 300 years for Voyager 2 to get to the edge of possibly 30,000 years and the Oort Cloud to fly, in accordance with NASA.