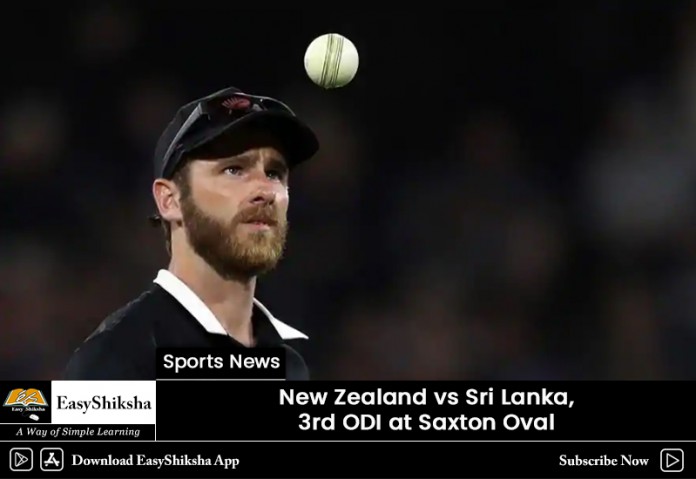 Regardless of Thisara Perera’s magnificent knock of 140 off 74 balls, Sri Lanka dropped 21 runs short of New Zealand’s total in the second ODI on Saturday New Zealand vs Sri Lanka.

Chasing a mammoth of 320, Sri Lanka lost two wickets early in their innings. However, opener Danushka Gunathilaka played a vital inning of 71 before the traffic slumped to 128 for the loss of 7.

Perera along with his captain Lasith Malinga then added 75 runs for the eighth wicket standalone. The all-rounder single-handedly recovered his side having an astonishing maiden century, which included eight boundaries and 13 sixes before getting out to some terrific grab to Trent Boult from the 47th over. Eventually, Sri Lanka was bowled out for 298.

New Zealand has taken an unassailable 2-0 lead from the three-match ODI series using the final match to be played Nelson on January 8.

An overview ruled by Sri Lanka as Kusal Perera departs for 43. Seeking to swing across the line to a Ferguson delivery, the batsman got an inside edge and was caught by the keeper. Hotspot and snicko affirm the same, which makes Sri Lanka in 143 for 5 after 23.

Dasun Shanaka is the next to leave, trapped in front by Ish Sodhi after overlooking a sweep. Sri Lanka slip to 117 for 4. Over into the Pereras now – Kusal who scored a ton in the first ODI and Thisara at the second. Can they rekindle Sri Lanka’s chase?

Was hit for a six at the 15th over, Neesham comes back well to dismiss Dickwella for 46 off 37. Seeking to swing over cover, the batsman ends up providing Ferguson a grab at third-man. In the following over, Kusal Mendis is conducted out in the

striker’s end, departing without facing a single ball. A touch and move choice but the third umpire felt Richard Illingworth believes that the bat was on the line. Sri Lanka is currently 107 for 3.