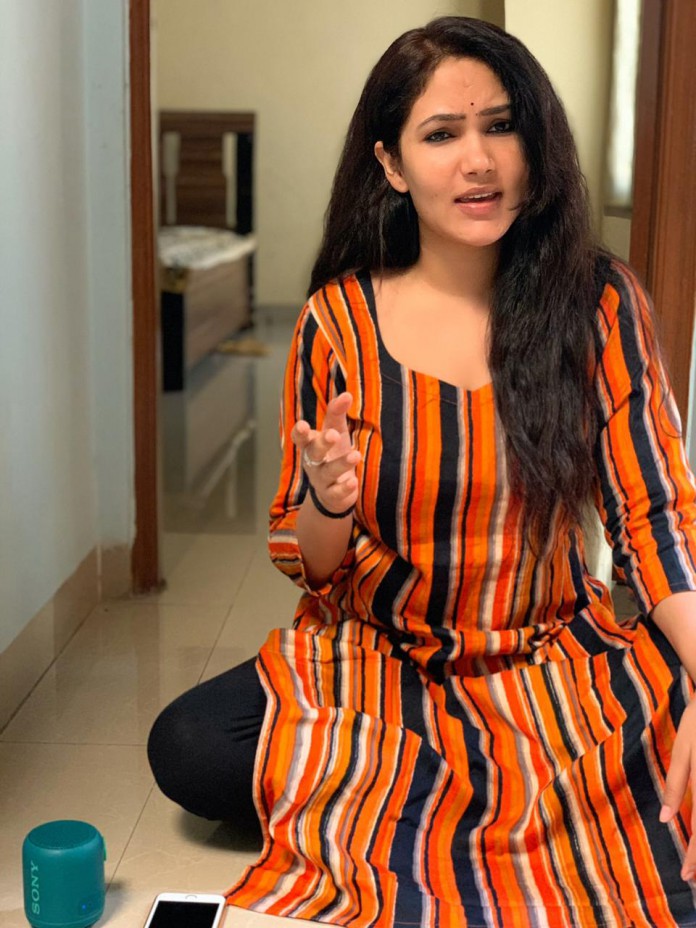 Kamna Pathak who is seen essaying the role of a Rajesh in &TV’s Happu Ki Ultan Paltan is popularly known for her bindaas attitude and dialogue delivery. Our very own Dabangg Dulhaniya has been effortlessly mouthing the Bundelkhandi dialogues in the show. But did you know that this beauty from Madhya Pradesh can sing in seven different languages?  Yes, you heard it right, Kamna can sing in Awadhi, Bundelkhandi, Bihari, Bhojpuri, Santhali, Haryanvi and Punjabi.

Kamna has a knack for singing and language is no deterrent for her. She has proven this time and again with her Bundelkhandi tracks in Happu Ki Ultan Paltan. Initially to get the accent right, she took help from her father who is a brilliant singer and knows multi-lingual folk songs.  Expressing her thoughts on this, Kamna says, “I have been fortunate enough to have parents who were inclined towards singing. It was a boon for me to have them around when I started working for Happu Ki Ultan Paltan. The initial days were a little tough as the language was new, I had to sing in it, but eventually I mastered it. I still remember how my father helped me rehearse before my first take. Slowly I started receiving appreciation from fans across the nation and then it was decided that two episodes a week will have Rajesh singing in the kitchen or for her husband.”

Kamna believes that the character of Rajesh has taught her so many things which has developed her as a person. To begin with, the actor can fluently speak seven languages and can proudly sing in them too. Owing to her multi-lingual talent, she is also called as ‘dictionary ‘on the sets of the show and is often the go to person for doubts related to any of the above languages. Kamna has been engaging with her fans by posting melodious folk songs on her social media. She also takes recommendations from her fans.