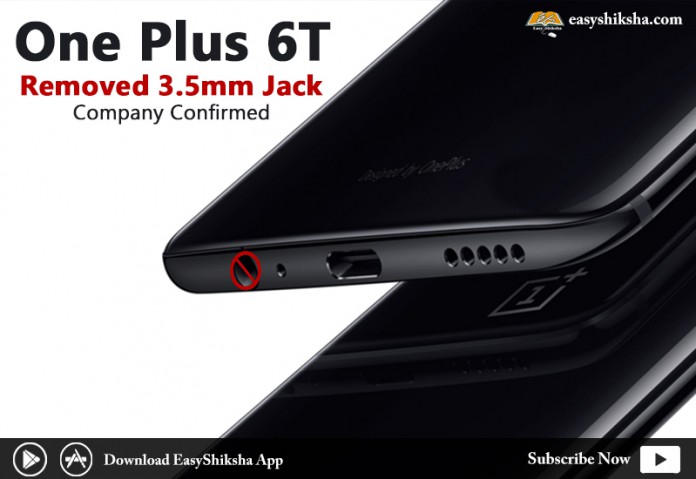 It’s confirmed! The regular 3.5mm headphone jack is not going to be in the next OnePlus flagship phone. Although the name of this phone has not been confirmed yet, it is certain to be the OnePlus 6T that is expected to launch in October, probably on October 17. OnePlus co-founder Carl Pei in an interview to a tech news website has said that the decision to remove the regular headphone jack from the OnePlus 6T has not been taken lightly by the company but it is a decision that needs to be taken now.

And Pei claims that, by removing the jack, the firm is freeing up more space to put “more new technology” into the product, noting that the 6T will offer a bigger battery than its OnePlus 6 predecessor. This is also likely a nod to the 6T’s in-display fingerprint sensor, which OnePlus confirmed was coming earlier this month.

To soften the blow, OnePlus is offering alternatives in the form of USB-C headphones, if you must have wired headphones with the upcoming OnePlus 6T. Of course, you’ll be occupying the only available port on the phone, which is far from ideal if you’re low on a charge, even with the promise of better battery life. With OnePlus bowing out on headphone jacks, Samsung and LG remain as the last two globally known manufacturers with flagship phones that still have headphone jacks.