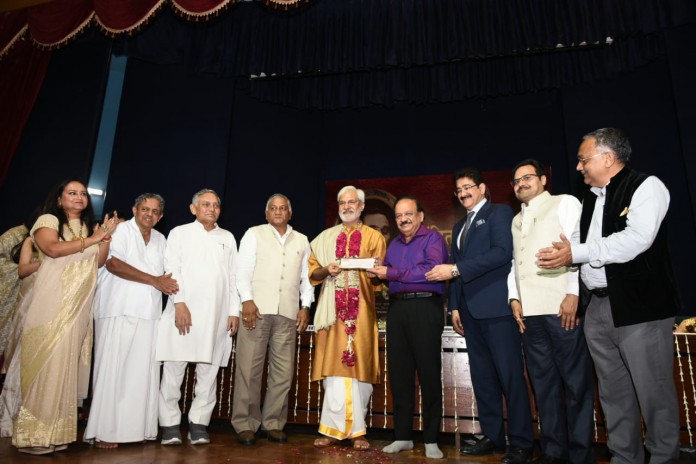 Pandit Hari Dutt Sharma Jayanti Puraskar Samiti’ finds it necessary to give honor to the most deserving journalist every year. Pandit Haridutt Sharma who was India’s emblem journalist, successful writer, prominent thinker, sounding speaker, passionate social worker, skilled administrator, and a politician. An award after his name is given to people for positive journalism, writings and social service. This year Mr. Rahul Dev Was Honoured with Pandit Hari Datt Sharma Award along with a cash price of Rs. 51,000/- commendation letter, a souvenir and a shawl.

Mr. Harsh Vardhan stated the value and importance of hari datt sharma award and gave a token of appreciation to all the dignitaries and highlighted thier key achievements. He also discussed how health in India has become an improving sector.  He also shared that although Janardhan Dwivedi has been into congress party but we share a good token of respect for each other. India is lucky to have the hand of a general on its head in the form of Mr. VK singh. He highlighted that India has marked its presence in all over the world. He stated that Rahul Dev is a prominent hindi journalist who always followed his values and still have a will to stick to his native language and his unbiased opinions in his profession throughout.