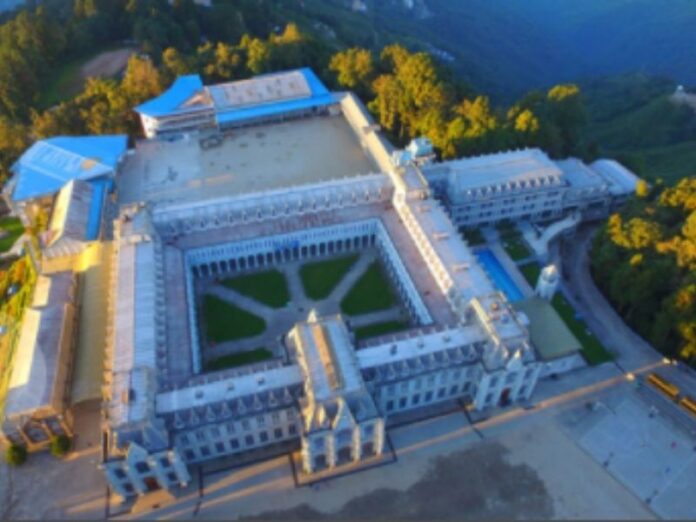 St.Joseph’s School, Darjeeling, generally called North Point, is a private Catholic and Senior school for young men situated in Darjeeling, West Bengal, India. Initially called St. Joseph’s College till the school area was separated away from the school. And thus the school was established in 1888 with various claims and presence by the Jesuits.

St. Joseph’s School, Darjeeling was established by Fr. Henri Depelchin. It was started on 13 February 1888, at Sunnybank, Darjeeling initially with just 25 students at first. It was moved to its current area in upper-division point and was praised for its 125th-year of commemoration and services on 13 February 2014 which was graced by the presence of Shri Pranab Mukherjee, the then President of India.

The school is divided based on sections as

The school has four houses:

As far as the infrastructure of the school is concerned, the amenities offered are, varied and significant in the development of a student. The Grounds are the basic requirements of a school, which helps in developing the mental and physical attributes in an individual. Thus the school grounds offer contemporary spaces for every need of the students, for example, football fields, ball courts (indoor and open-air), indoor gym, multi-recording centre, pool, music rooms, theatres, dorms, flask, pastry kitchen, hospital, badminton court (indoor) and eating corridors, among others.

Academics: St. Joseph’s Schoolis a subsidiary of The Council for the Indian School Certificate Examinations (CISCE). Students have to follow the educational plan and set of instructions endorsed by the CISCE.

The Head of the Institute is currently Fr. Leo Alphonse Raj (head)

The St.Joseph’s School admission procedure has a structure that is available on the school websites. All the qualifications and information asked in the forms need to be honestly filled and submitted along with required records through email. Entrance and admissions into the school are allowed solely after an online meeting with Fr. Head.

There are various Accomplishments on the schools part.