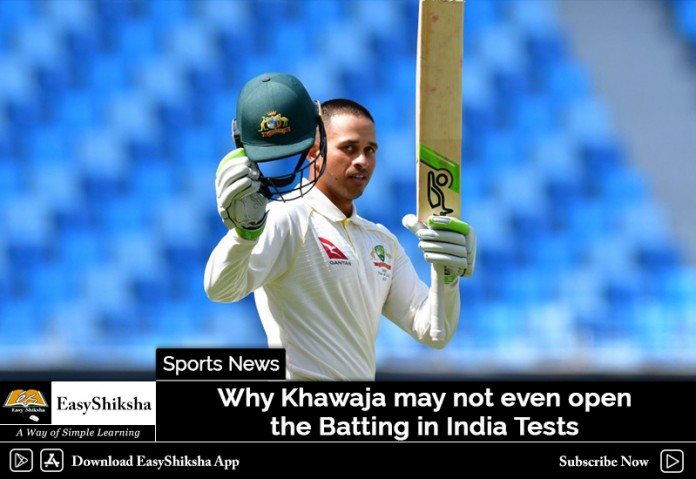 Australian cricketer Usman Khawaja has stated that he is about to play any batting position in the Evaluation team ahead of the first match against India on December 6.

The 31-year-old opener, that was recently been appointed in the 14-member Australian squad for the first two Tests against India, Usman Khawaja expressed confidence in giving the opening batsman function to Victoria batter Marcus Harris.

“I’m happy to bat where. I’ve stated that to Painey. He (Harris) is obviously an opener. I expect him to open,” Cricket.com.au quoted Khawaja, as saying.

The left-hand batsman, who had been out of action since getting a surgery on a torn meniscus he had sustained during their Test series against Pakistan, stated that he’s feeling good at training and is hoping for things to remain great in future too.

“I’m fine right now,” he said. “It is just about playing some cricket today. It is feeling alright at training. I’ve done as far as I can at training so hopefully, fingers crossed, it keeps going well,” Khawaja said.

The first Test of the series between Australia and India will likely be played in Adelaide in December 6.

Khawaja didn’t take to the field the whole day after twisting his left knee during a nets session until the beginning of play on Day 3 on Thursday.

The left-handed batsman was seen limping on Friday morning when he attained the Sheikh Zayed Stadium with the Australian group.

Khawaja has not yet been ruled out of the match and is anticipated to bat in the second innings with Australia pursuing an improbable 538 to win the Test and the series.