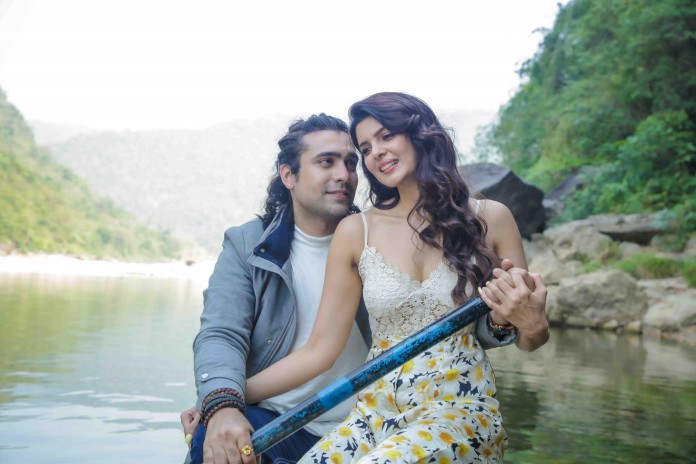 Amid this lockdown, as India fights a global health crisis, it is music that has the capacity to bring comfort in such times. Bhushan Kumar’s T-Series has been coming up with innovative ways to keep the audience entertained. Their latest music video — a soft, melodious, romantic number — Meri Aashiqui is an ode to love and the pain and happiness that come along with it.

Jubin Nautiyal, who stunned everyone with super hits ‘Tum Hi Aana’ from Marjaavaan and ‘Tujhe Kitna Chahne Lage’ from Kabir Singh, returns to the fore for with Meri Aashiqui not just as a singer but also as an actor with mettle.

Jubin, who has sung the song features in it, along with the very beautiful and popular Punjabi and Bollywood actor Ihana Dhillon. The track, composed by Rochak Kohli, written by Rashmi Virag and directed by Ashish Panda reminds you that the beauty lies in the little moments spent with your beloved.  Jubin has sung and performed it to perfection. The music video was filmed over a few days in the picturesque locales of Dawki, a small town in Meghalaya, just before a nationwide lockdown was declared.

The talented singer shares, “I’m thrilled to be part of the project. It’s going to be a cult song, which will stay on your playlist for long. Meri Aashiqui sees me as an all-out-romantic guy because that’s the requirement of the song. Although I have featured in the videos of my songs earlier, this one challenged me as an actor. People will be able to feel that extra that has gone into it from my side.  My director (Ashish Panda) and extremely talented co-actor (Ihana Dhillon) supported me in places where an extra effort was required to perform.”

Bhushan Kumar, head honcho of T-Series, tells us, “Our music label has always worked towards bringing great content and music to every Indian household. I loved the concept and the track of Meri Aashiqui and the vision that the entire team had. Meri Aashiqui has a great quality of staying with you even after it’s over. Jubin has done a fantastic job at not just the vocals but has pulled off a strong performance in the video.”

Director Ashish Panda too endorses Jubin’s special effort as an actor when he says, “Jubin gave his 100 per cent and was stubborn about getting it right even when I said it was ‘okay.’ We shot in some very difficult terrain and locations but he did not ask for any concessions. I was blessed with two 2 good actors on the set.”

Meri Aashiqui, sung by Jubin Nautiyal, composed by Rochak Kohli, written by Rashmi Virag and directed by Ashish Panda, features the singer along with the very beautiful Ihana Dhillon and model-actor Altamash Faraz.