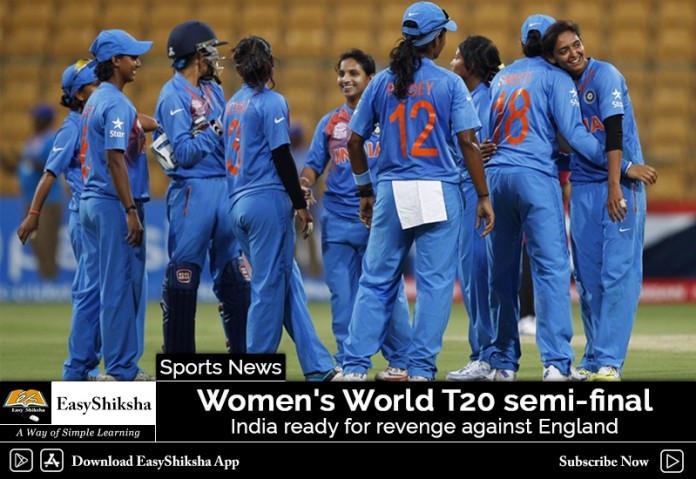 Women’s World T20 semi-final: North Sound (Antigua), Nov 21 (PTI) India will be looking to erase the memories of a World Cup final defeat last year after they take on England at the semi-finals of the ICC Women’s World T20 on Friday afternoon (IST).

England beat India by nine runs in a thrilling final of the 50-over global match, a championship that culminated a new era for women’s cricket in India.

To their credit, the’Girls in Blue’ have been able to build on that momentum and a fantastic run in the ongoing World T20 is a testimony to this.

India beat two powerful teams in their group –the’White Ferns’ from New Zealand by 34 runs along with the’Southern Stars’ by Australia by 48 runs — keeping an all-win record in the league point.

But England, the reigning ODI world champions, are a quality side in the shortest arrangement and the consequences of the summit struggle reduction at Lord’s can play the heads of Mithali Raj and Harmanpreet Kaur, the two pillars of the women’s side.

Skipper Harmanpreet’s performance is going to be key to India’s success as she is known to rise to the event. The Moga-born cricketer can be safely termed as somebody who is a’big game’ participant.

Against England, India will have their senior-most player Mithali Raj back in the side after being rested for the last group game against Australia because she was nursing a niggle suffered while fielding against Ireland. She’ll come back instead of spinner Anuja Patil.

Under new coach Ramesh Powar, India’s plan of playing one pacer has worked wonderfully since their spinners have done well during the group league stages.

Off-spinners Deepti Sharma (4 wickets) and Dayalan Hemlatha (5 wickets) also have kept things tight. But, India played their group league matches at the same venue –Providence at Guyana — and will now play with a day/night game in a different place.