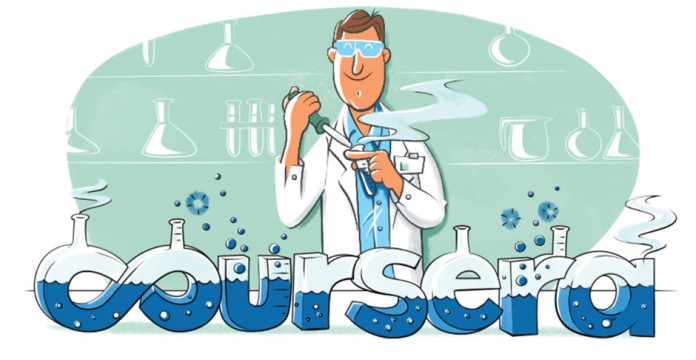 According to a survey published in Harvard Business Review last year, 87 percent of people who completed online courses on Coursera with the intention of advancing their careers reported benefits including a promotion, a new job, or a salary raise. If you are interested in exploring a new career or in taking the next step in your current role, check out new courses and Specializations open for enrollment in the following topics:

Try: Functional Programming in Scala, École Polytechnique Fédérale de Lausanne
Scala is a new functional computer programming language increasingly being adopted by companies for its versatility and ability to integrate with existing Java platforms. Demand for engineers with this skill is high, with Scala developers earning a 22 percent pay boost on average according to PayScale. In this Specialization, you’ll learn Scala from the person who invented this programming language.

Try: Applied Data Science with Python, University of Michigan
There’s a reason why the Harvard Business Review named data scientist the sexiest job of the 21st century – and it’s not just because of its high pay check. Master data science basics with this five-course Specialization, which also covers the fundamentals of Python computer programming.

Try: Engineering Management Certificate, Part 1: Leadership, Rice University
Leadership skill development is often overlooked for engineers but is equally as important as technical skills. This is Part 1 of a series of Specializations that result in a Certificate in Engineering Management from Rice University designed specifically for professional engineers who are interested in advancing into leadership and management roles.
Other new business and management Specializations:

Try: Learn Mandarin Chinese, Shanghai Jiao Tong University
Mandarin Chinese is spoken by more than 1 billion people, making it the most-spoken language in the world today. Learn the basics of this global language with this four-course beginner Specialization, which also prepares you to pass the HSK (the only official proficiency test of Chinese language) level 1 or 2.
Other new personal development Specializations and courses:

Coursera’s newest offerings bring the total number of courses and Specializations available on the platform to over 1,500 and over 150, respectively. All of the new courses and Specializations are open for enrollment today.
In addition to new content, Coursera launched several new features this month, including new progress bars and course checklists to help learners track their work and plan ahead; new, personalized course recommendations based on individual interests and goals; and an in-browser coding experience that allows learners to practice writing, testing, and debugging code in computer science and data science courses. These enhancements join Coursera’s suite of unique features, like flexible course sessions that fit to any schedule and a robust mobile app that allows learning on-the-go, that make it easier than ever to learn and develop new skills online.
To see all of the new courses and Specializations on Coursera, or to register for an upcoming session, visit Coursera.org.

Coursera is an online education company that offers courses and learning experiences from the world’s top universities and education institutions including Stanford University, University of Pennsylvania, Duke University, University of Virginia, and University of Michigan. Coursera has more than 21 million registered learners worldwide who can access over 1,400 courses and Specializations in dozens of topics including business, technology, social sciences, health, and art. Coursera empowers learners around the world to achieve their career, educational, and personal enrichment goals throughout their lives. Coursera is backed by leading VCs such as Kleiner Perkins Caufield & Byers, New Enterprise Associates, GSV Capital, International Finance Corporation, Laureate Education Inc., and Learn Capital.

Get Course: Create your life plan and personal goals tracker