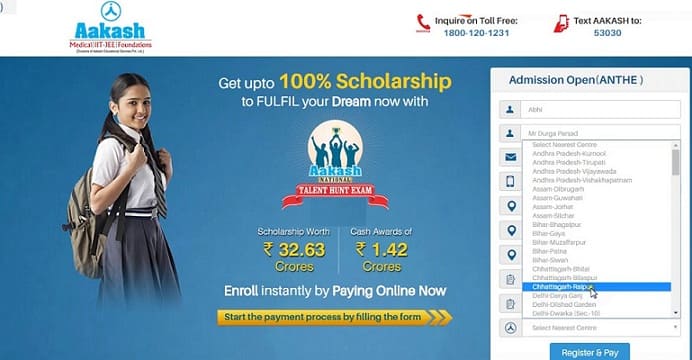 TVC Positions ANTHE as the First Step towards your Dream

With the launch of this campaign, AESL aims at inviting students to enroll themselves in one of the largest private sector pan-India exams, ANTHE, which gives deserving students an opportunity to earn up-to 100% scholarship and helps them take the first step in their endeavor to become doctors and IITians. Students studying in Class VIII to XII can participate in the exam.

The marketing objective of the TVC is to build brand awareness besides support retail marketing to drive consumer traffic. The commercial is prepared for students and parents to enable them to know the philosophy behind an exam like ANTHE. The TVC will be supported by a pan-India print campaign as well.

The TVC focuses on bridging the gap between the barriers of geography. As also make students and parents from smaller towns and cities aware about having an access to the same quality education as those studying in larger cities/metros.

The TVC takes the above 2 concepts and adds another element where the female gender is portrayed as breaking established stereotypes in villages/small towns and pursuing their career dreams. The TVC shows a girl with her father making the village Elders at the Chaupal understand the significance of appearing for the ANTHE scholarship exam and how important it is for girls to be educated and move beyond the confines of their home.

Commenting on the launch of the TV Commercial, Mr. Aakash Chaudhry, Co-Promoter and CEO of Aakash Educational Services Limited (AESL) and Founder & Trustee of Plaksha University, said, “The campaign will be aired on TV as well on Digital channels, which will not only give it a mass outreach but will also help in engaging with students on the online platform. To add to the impact, the advertisement will also focus on breaking gender stereotypes, especially in villages and small towns where women education often gets hampered.”

Link of the TVC:

With 30 years of operational experience in the test preparatory industry, the company has a large number of selections in Medical & Engineering entrance exams, a pan India network of 186+ Aakash Centres (including franchisee), and a student count of more than 200,000.