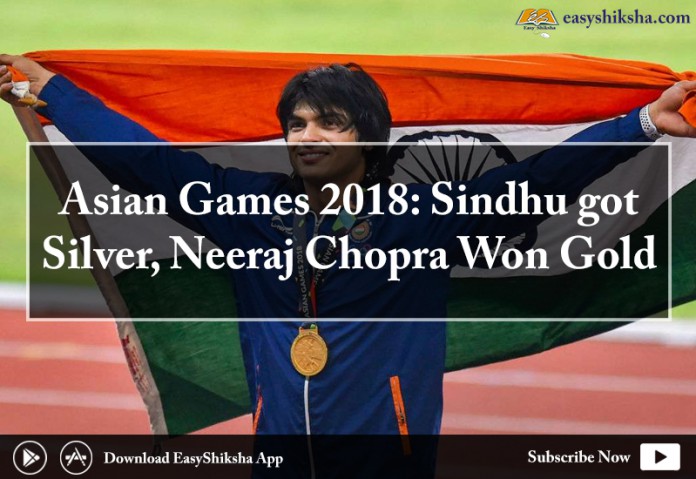 It is like her habit now that she will always loose in Final Matches. It is Sindhu’s 3rd defeat in the Final Event but still world’s number 3rd managed to get silver in Asian Games 2018. All these defeat happened in this year. Is it a big stage fear, depression or nervousness? God knows but whatever it is, is stopping her from achieving the Gold. It might be a bad news but it have a good side too. She won the historic individual Silver with Saniya winning the bronze. Both of them were defeated by the Tai Tzu Ying, Chinese; world number 1.

“It was Sindhu’s third defeat in a big final this year, having lost the Gold Coast Commonwealth Games title clash to Saina Nehwal and the World Championship summit clash to Spain’s Carolina Marin.”- NDTV Sports.

She defeated Akane Yamaguchi 21-17 15-21 21-10 for her second win over the Japanese at the Asian Games, having beaten her in the team championship as well.

Farmer’s son Neeraj Chopra harvested another record-smashing gold in javelin throw as India’s track-and-field athletes delivered a clutch of medals, while badminton ace PV Sindhu advanced to a historic final on a brilliant day for India at the 18th Asian Games.

The 20-year-old, who claimed a gold at the Commonwealth Games earlier this year, had managed a gold medal throw from his very first attempt– an effort of 83.46m effort. After this throw he claimed the gold and competition was like over.