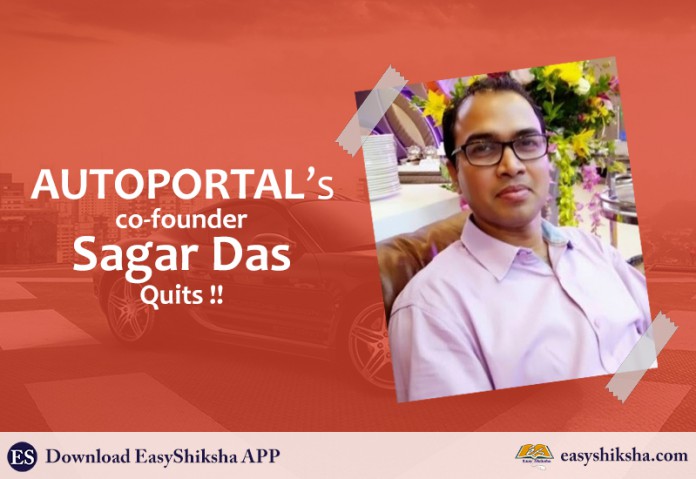 July 27, New Delhi: Sagar Das, the co-founder of Autoportal announced today, that he has quit the company. Autoportal is an online marketplace for automobiles, which had become the largest platform in its segment in 2016, transacting the highest number of cars as compared to any other dealership in India, under his leadership.  At Autoportal.com, Das invented pay-per-sales model for new cars instead of lead based model, transacting 1%  new cars purely through technology and data science.

Das and Anton Rublevskyy co-founded the company in November 2013. Previously he had had worked as the business and product head, at India.com, which is a company holding digital assets of Zee Group and Penske Media Corporation. He holds a PGDCA from Utkal University and an MSc degree in Computer Science from Punjab Technical University.

Announcing his reason for leaving, Das said, “The reason is purely professional.  I am leaving the company with no liabilities from my end. I want to try and explore a newer domain with more avenues that will excite me to deliver with even more passion.” He further said he would be announcing his new role and plans shortly.