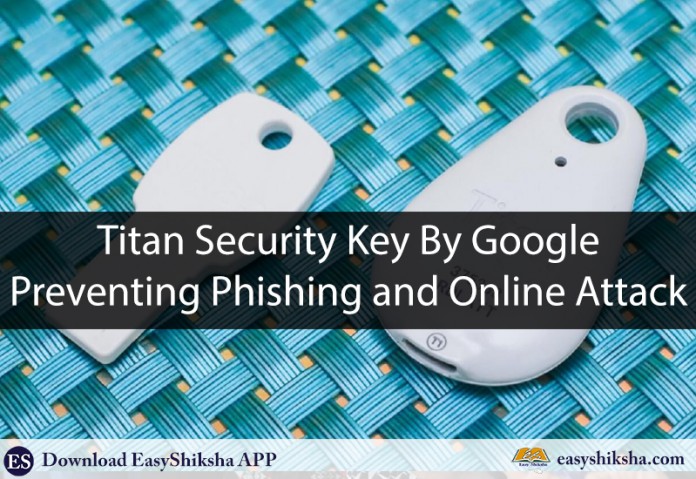 Google with its Cloud 2018 is going few steps further to stop online attack and data phishing. On the second day of Cloud Next 2018 with the company announcing its own 2FA Security Key as part of the Titan secure elements family. The company also unveiled the Edge TPU for the Internet of Things.

The latest development comes just after it was reported that the use of physical security keys helped over 85,000 Google employees prevent phishing attacks for over a year. The Titan Security Key is initially available to Google Cloud customers, though it will also go on sale for the masses through the Google Store in the coming future. It takes on the offerings by Yubico that are already protecting the experience on Gmail and other web services.

The new Titan Security Key includes a secure element that features firmware developed by Google to verify the physical key’s integrity. The software on the security keys is developed by Google’s engineers, and the company has been testing it internally since early 2017. An early version of the Titan Security Key is instrumental in preventing Google employees getting phished for so many years.

The larger model appears to have a USB-C port for charging and Bluetooth Low Energy support as well and the other uses a standard USB port and connects to laptop computers. Design-wise, both devices appear nearly identical. The keys will also likely support FIDO U2F protocol to keep up with industry standards. The actual product page lacks in-depth technical specifications and is mostly full of marketing mumbo-jumbo.

Google has been testing the key internally for over a year, but only recently made it available outside the company. Google employees are required to log in with physical tokens for security reasons, a system that seems to be working. Earlier this week, the company announced it had not had a single successful account takeover since implementing the policy in early 2017.