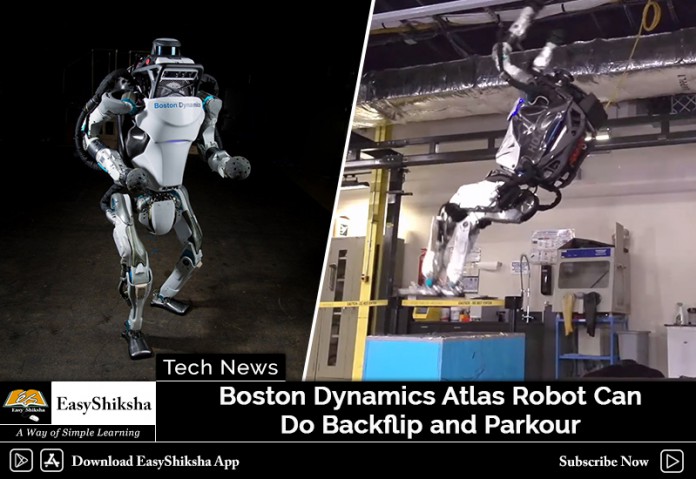 Boston Dynamics calls the 175-centimetre (5ft 9in) robot weighing 75 kilograms “the world’s most dynamic humanoid”. The humanoid robot managed to navigate the multi-tiered obstacle course with ease. It shifted its weight to leap over a log and then in three fluid movements made its way up a three-tiered platform at speed. The company said Atlas “uses the whole body including legs, arms and torso, to marshal the energy and strength for jumping over the log and leaping up the steps without breaking its pace”.

And for good reason. Atlas continues to bound through the uncanny valley, not to put humans in our place, but to get humanoid robots to a level where they can walk and, sure, sometimes do backflips among us. We’ve built this world for humans, after all, so in theory robots that look and move like us will be best equipped to manage that world.

Going even further back, Boston Dynamics showed off Sand Flea, a robot with four wheels that could jump to a height of 10 metres, and Big Dog, a four-legged robot similar to SpotMini that is built to travel across rugged terrain, including mud, snow and water — albeit not very gracefully.

Sure, the advertisement is that such a robot could navigate through disasters to rescue squishy humans stuck in precarious situations, but we can certainly imagine alternative applications. Japan’s Softbank bought Boston Dynamics and its robots from Alphabet a little over a year ago, and likely has aspirations for the technology that reach far beyond hit YouTube videos.