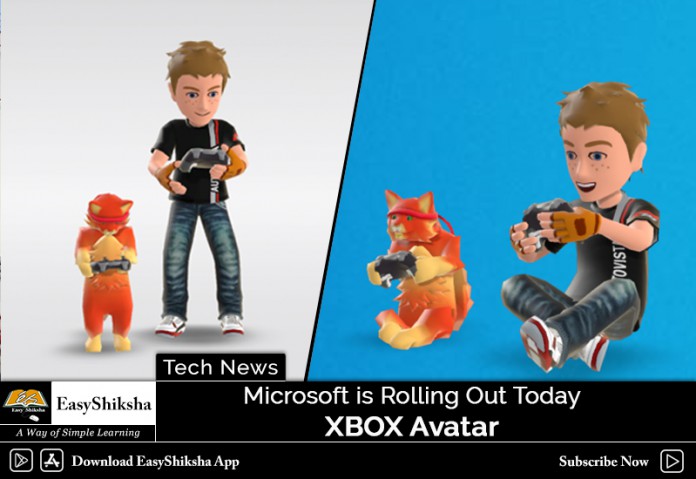 Microsoft is releasing a significant dashboard update for the XBOX avatar One today. The new October 2018 update for Xbox brings Microsoft’s new diverse avatars, Dolby Vision support for Netflix, and an Alexa skill to control your console with an Echo device. After more than a year of testing, the new Xbox Live Avatars will begin appearing across the Xbox dashboard today.

Secondly, you’ll now have access to the new Xbox avatars, which include a wide range of body types, and new accessories and appearance items like makeup, nose rings and fingernails. The new Avatar Editor also lets you control the color of pretty much every aspect of your avatar. Of course, if you’d rather stick with your original avatar, you can do that too.

Microsoft is also adding Dolby Vision to the Xbox One today. It’s limited to the Netflix app for now, but Microsoft promises more Dolby Vision apps will be supported in the coming months. Microsoft’s consoles now join the Apple TV 4K and Google’s Chromecast Ultra as the only streaming devices that currently support both Dolby Vision and Dolby Atmos.

The October Xbox One dashboard update is available immediately for all Xbox One, Xbox One S, and Xbox One X consoles.

Microsoft designed the new Avatars to be much more inclusive than the original ones, with customization options such as gender-neutral clothes and diverse body types. The Avatar editor also allows people with disabilities to represent themselves, offering items such as wheelchairs and prosthetic limbs. And users can customize each element of an Avatar, including skin, hair, clothes and accessories, with more than 16 million colors. Of course, Microsoft also sells additional options, such as designs themed to franchises like Halo and Gears of War, in the Avatar Store.