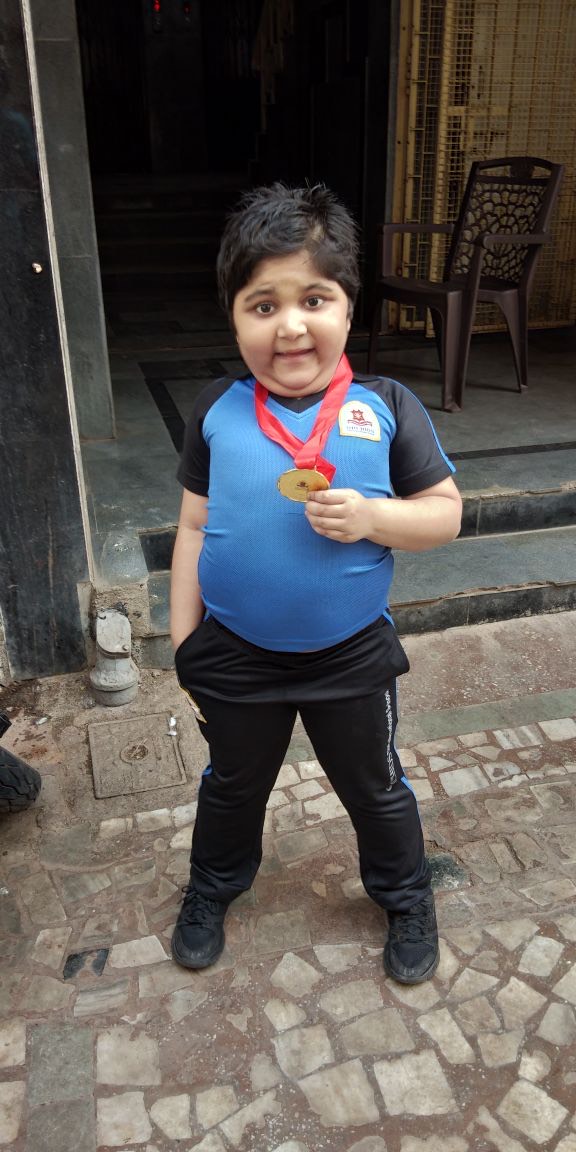 This story of Vihaan Jain is bound to inspire those who are facing challenges in their personal life but looking for a way out of their situation. This smart and ambitious kid was diagnosed with attention deficit hyperactivity disorder (ADHD) at an early age. His parents naturally became concerned about his growth and worried about how he is going to cope with being in this competitive world. But as they say, when one door closes another opens. Despite having ADHD Vihaan turned out to be a dark horse and paved his way to the National level of the Spell Bee competition.

Vihaan is a specially-abled child, a grade 9th student of Orchids The International School,Masjidbunder. He was diagnosed with ADHD when he was just 7 years old. ADHD makes it difficult for him to regulate attention, and hyperactivity affects his planning, organizing, and managing behavioral issues. We, the so-called normal people, make silly spelling and grammatical mistakes every day despite not having to deal with any such psychological conditions. His determination and the efforts he has put in to turn his weakness into his strength are definitely admirable. Spell Bee’s main objective is to enhance the spelling, vocabulary, and literary skills of elementary and middle school children. To reach the national level Vihaan had to clear various rounds at School level, Inter School, and State level spell bees with thousands of other kids.

Unfortunately, ADHD is not the only difficulty he is facing. He has also been diagnosed with Duchenne Muscular Dystrophy, a medical condition that affects the muscles, leading to muscle wasting that gets worse over time. He was on the school’s football team and played really well, as per his sports teacher. But he had to leave his team due to the physical condition he suffers.

Apart from football and learning difficult words, he loves swimming and reading to enhance his general knowledge and hone his spelling skills.