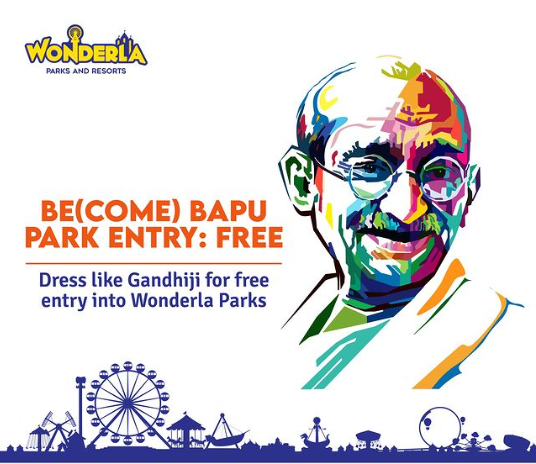 Bangalore, Kochi, Hyderabad, 30 September 2022: Mahatma Gandhi is a priceless gem India will continue to cherish. Wonderla Holidays, India’s largest amusement park chain has announced free tickets for first 100 visitors who visit the park in Gandhi style on the occasion of Gandhi Jayanti. The offer is spread across the Bangalore, Kochi, and Hyderabad Parks on 2nd October 2022.

Visitors can dress up like Gandhi using his iconic costume, spectacles, bald head and more to match the Gandhi avatar to take part in the contest.

For further details on bookings reach out to:

Also Read: Champions are made not born