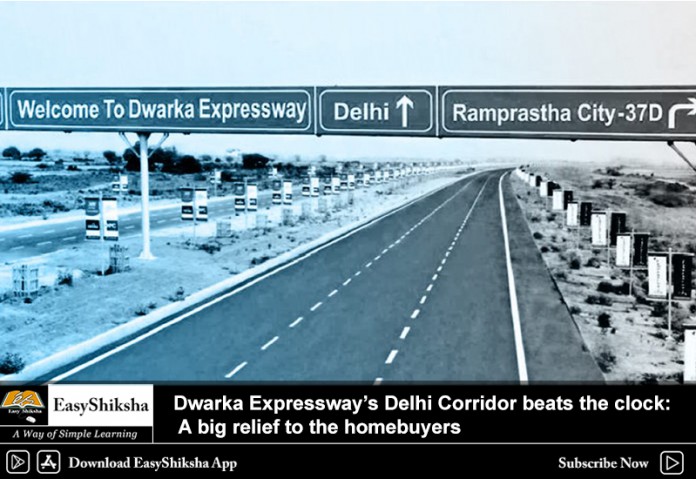 Gurugram: The dream of owning a house near to the Dwarka Expressway seems to have come an inch closer with the recent foundation laying of Delhi corridor of 29-Km Dwarka Expressway. The project was conceptualised under the Gurugram Master Plan 2021. Dwarka Expressway or the Northern Peripheral Road (NPR) was initially planned to connect Dwarka in Delhi to Palam Vihar in Gurugram. However, it was further extended to the Kherki Daula toll plaza, intercepting NH-48, as per the Master Plan 2025.

After the project is complete, it will boost access to the IGI airport and major parts of Delhi. The completion of the expressway will not only benefit the developers and the buyers but will also give a new ray of hope to the real estate market of Gurugram. Many developers such as DLF, Vatika Group, Mapsko Group, CHD Developers and AlphaCorp have their projects around the stretch.

Expressing happiness over an inauguration, Ashish Sarin, CEO, AlphaCorp said, “It has been a prolonged wait for the completion of Dwarka Expressway. The developments around New Gurgaon and Dwarka Expressway are a mix of residential and commercial set-ups which will see a high rate of appreciation as a result of seamless connectivity of that area. After it is complete, it will boost the access to the IGI airport and major parts of Delhi. The expressway will not only benefit the developers and the buyers but will also give a new ray of hope to the real estate market of Gurugram.”

It is good news for the commuters who travel from Delhi to Gurugram as it will decrease the travelling time between the two places. Another developer who has his project here at Dwarka Expressway shared his view on the topic.

“The much awaited Dwarka Expressway will provide easy connectivity to Gurugram and will add to the development of New Gurgaon as well. The realty sector has been waiting to hear this announcement for a very long time now and it is hoped that the construction of the expressway will be completed soon. It will be a huge sigh of relief for the buyers.” said Rahul Singla, Director, Mapsko Group.