Researchers from Bar-Ilan University find that even in old age, feeling young can lower the risks of developing physical disability and morbidity

July 11th, 2022: As scientists gradually discover evidence that people who feel younger than their chronological age are typically healthier and more psychologically resilient, the saying “you’re only as old as you feel” rings increasingly true.

Could the expression also hold for older people recuperating from physical disabilities? Researchers from Bar-Ilan University have found that feeling young can increase the chances of successful rehabilitation from medical conditions, even in old age. Their study was recently published in the journal Gerontology.

The study tracked 194 adult patients aged 73-84 undergoing rehabilitation from osteoporotic fractures or stroke in several rehabilitation facilities across Israel. Fractures (mostly due to falls) and stroke are frequent health events that result in the loss of one’s functional independence, considered the greatest fear of older adults.

Patients were interviewed several times throughout their rehabilitation. They were asked about their subjective age (how young they felt), feelings, and experiences. Their functional independence was assessed by nursing personnel who rated their functioning level at admission and discharge using the Functional Independence Measurement (FIM) test.

Patients who felt younger (had a younger subjective age) at hospital admission showed better functional independence at discharge approximately one month later. The beneficial effect of feeling younger was found both for patients who were rehabilitated from osteoporotic fractures (mainly due to falls) and for those who were rehabilitated from a stroke. The researchers also found that those who felt younger rehabilitated better because they were more optimistic about their chances of regaining their functional abilities.

“The effect of subjective age at admission on functional independence at discharge was confirmed,” says Prof. Amit Shrira, from the Gerontology Program at the Department of Interdisciplinary Social Sciences, who led the study together with Prof. Ehud Bodner, also from the Interdisciplinary Social Sciences department. “However, the reverse effect — that of functional independence at admission on subjective age at discharge — was not confirmed. This supports the conclusion that a younger age identity is an important psychological construct that contributes to more successful rehabilitation,” added Shrira, who conducted the research with Dr. Daphna Magda Kalir from the Gender Studies Program, among others.

Surprisingly, subjective age was the strongest predictor of rehabilitation outcomes, stronger even than patients’ chronological age and multiple chronic health conditions occurring simultaneously (physical multimorbidity) at admission. Chronological age and physical multimorbidity are generally considered by health care practitioners in determining prognosis, whereas subjective age is unknown to most practitioners. “Those who feel younger can maintain their health and functioning for longer periods, and as the current study shows, can recuperate better from disability. Therefore, by perceiving themselves to age successfully people may preserve a healthy and vigorous lifestyle,” says Shrira.

Given the findings, the researchers suggest that clinicians consider evaluating patients’ subjective age when they design rehabilitation protocols. Younger subjective age may motivate older individuals to adhere to the rehabilitation protocol following osteoporotic fracture and stroke. Future research could assist in designing interventions geared to induce a younger subjective age in patients that might assist them in rehabilitating more successfully. Such interventions may help correct false beliefs about aging and include cognitive techniques that help change negative automatic thoughts about aging.

This study was funded by the Israeli Ministry of Science, Technology, and Space.

ABOUT STUDY IN ISRAEL:

The Council for Higher Education of Israel launched the Study in Israel initiative to promote internationalization in the Israeli higher education system and attract international students. The initiative focuses on increasing awareness of Israel’s excellent academia and research while communicating the distinctive, engaged approach to education that Israel offers students. Through “Study in Israel” students from all over the world are invited to “Engage in Excellence”. 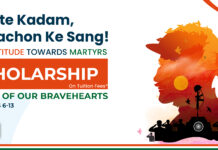 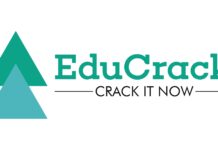