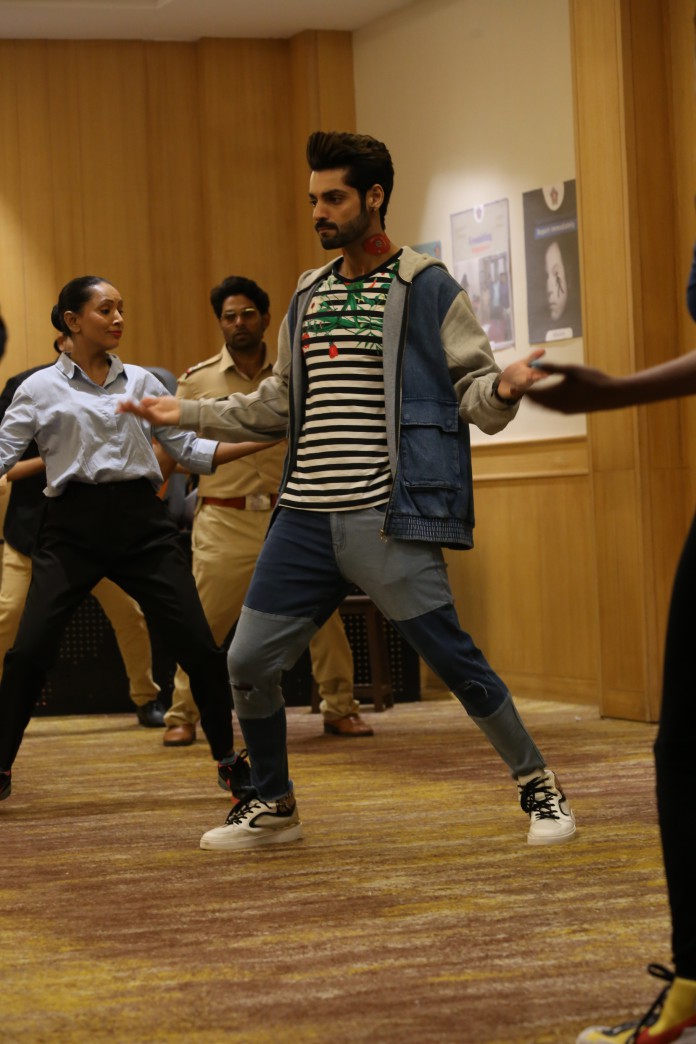 दो खिलाडी. प्रॉब्लम भारी. Hotstar Specials recently launched HUNDRED – a story that chronicles the many misadventures of two contrasting women. A masala entertainer, HUNDRED marked the digital debut of Bollywood’s Lara Dutta and Marathi cinema’s Rinku Rajguru as they come together to form the most dysfunctional duo of 2020 and stuck between the two is none other than Maddy aka Karan Wahi. The show has recieved rave reviews since its launch last week.

Karan plays the character of Manohar Dahiya aka Mad-E who is a rapper, DJ and musician from Haryana. Mad-E comes to Mumbai to make it big in music and ends up meeting ACP Saumya Shukla (Lara) and becomes her informant. In order to get the nuances of his character right, Karan Wahi ended up turning to his rapper buddy Raftaar for help.

Karan and Raftaar were working on a reality show together when Hundred was offered to Karan. Knowing full well that this was a character with a vibe and dialect so different from anything he’s played before, he decided to take guidance from his friend and the rap genius himself.

Talking about his experience, Karan says, “I did a lot of prep for myself to figure how Mad-E would speak, how he would conduct himself etc. To figure out the music based aspects, I sat down with Raftaar paaji and took some inputs since I was working with him on a show at the time. He even wrote some original works for rap for me to use for my character. Ofcourse, his work was way too good for a DJ Rapper like Mad-E. I also put in a bit of what I have experienced with guys similar to Mad-E into the character.”

Hotstar Specials presents HUNDRED is about a terminally ill girl, Netra Patil (Rinku Rajguru) looking for thrills is hired to be an undercover agent by an ambitious female cop,  ACP Saumya Shukla (Lara Dutta) looking for a promotion. As they both unite to accomplish their own goal in 100 days, chaos ensues. Directors Ruchi Narain, Ashutosh Shah and Taher Shabbir have maintained a crisp balance between action, drama and humour that make HUNDRED a fun family entertainer. The cast includes power house talent in prominent roles including Karan Wahi, Sudhanshu Pandey, Parmeet Sethi, Rohini Hattangidi, Arun Nalawde and Makarand Deshpande. The 8-episode series is streaming live on Disney+ Hotstar VIP.