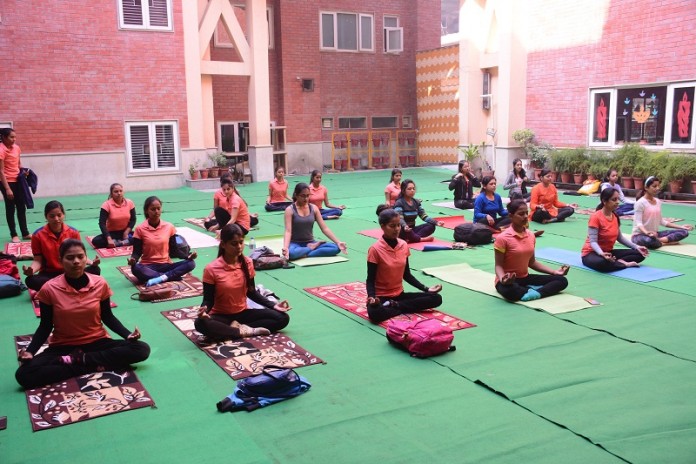 The festival also witnessed the convergence of over 30 yoga teachers and vegan activists from different parts of India.

“Going vegan and adopting yoga in a lifestyle entails immense benefits for health and environment. It is a key to overall physical and mental well-being. Although we have been organizing such festivals abroad regularly, it was the inaugural edition in India. It was heartening to see an overwhelming response to the festival. We look forward to undertaking more such initiatives across India in future,” said Kriti, a spokesperson for Yogific.

“Witnessing a unique festival offering an enviable potpourri of scrumptious food, yoga classes and vegan cookery demos was a one-of-a-kind experience. I must thank and applaud Yogific team for taking such wonderful initiative for our area,” said Aayush Pandey, a visitor.

Yogific is a London-based community of vibrant vegan yogis who work for it as volunteers. Despite their full-time jobs, they get together once a month to organize Yoga and Vegan Festivals. Next year, they are planning to organize festivals in the UK, Netherlands, Germany, Poland and Ireland. After getting such an amazing feedback, they will return to India next year – hopefully in Gurgaon.

Yogific is a brainchild of Kriti, who is a renowned fitness instructor and vegan Yoga teacher. She has been teaching Yoga extensively in the UK and Poland. She has also given several talks on veganism in India, UK, Poland. With Yogific, Kriti and her team organize Yoga and Vegan festivals across Europe. Owing to her unique vegan lifestyle, Kriti has been featured in the national and international media several times.