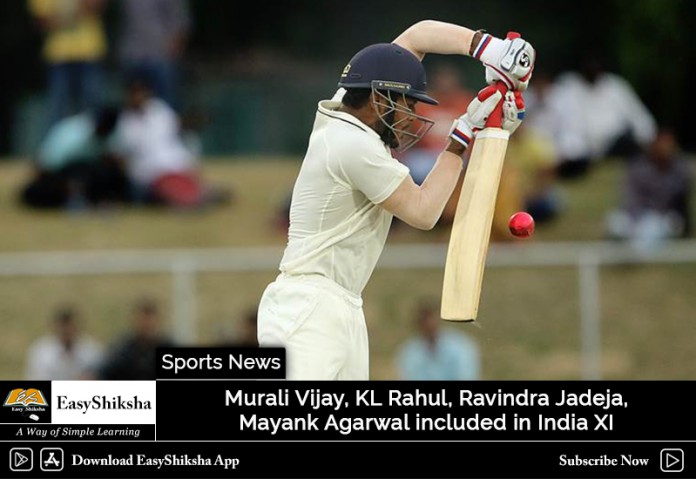 After appearing as the oddest Evaluation opening set for India, KL Rahul and Murali Vijay have been axed in the playing XI for the third Test against Australia beginning December 26. The next Test, which is performed in Melbourne Cricket Ground beginning Boxing Day, will see the return of Rohit Sharma following trauma and Mayank Agarwal in the peak of the purchase. Mayank will soon be making his Test debut in the MCG using all the four-match set level at 1-1. Together with Agarwal and Hanuma Vihari called in the starting 11, it indicates the duo is the new opening set for India with Rohit at number six.

Read Also: Virat Kohli is a Fantastic Captain off the Field

Indian team management’s decision to comprise Agarwal from the Evaluation team is endorsed by his strong screen in cricket. The 27-year-old Karnataka batsman has 3599 first-class runs at an average of nearly 50 with eight hundred and 20 fifties inside. The final choice to include Agarwal from the batting unit does not come as a surprise from the song up into the next Test but the question was who would create a way. He was contained in the West Indies squad also but did not make the cut. In what might have been a toss-up between Rohit and Vihari for another opening slot, then it appears it’s going to visit Vihari departing the number six spot empty for Rohit.

After moving in with four seamers from the Perth Test and the debacle of it all, India has attracted in Ravindra Jadeja since the spin choice with R Ashwin apparently still unfit for choice. Jadeja was announced fit out of his shoulder injury on Sunday following India trainer Ravi Shastri had promised he had been carrying out a shoulder niggle until the series started and was not completely fit for the Perth Test.

Hardik Pandya, who’d proven his fitness at the Ranji Trophy match against Mumbai by taking seven wickets and scoring 73 runs, was awarded time to break for today prior to a possible addition for its fourth Test at the SCG which starts on January 3, 2019.