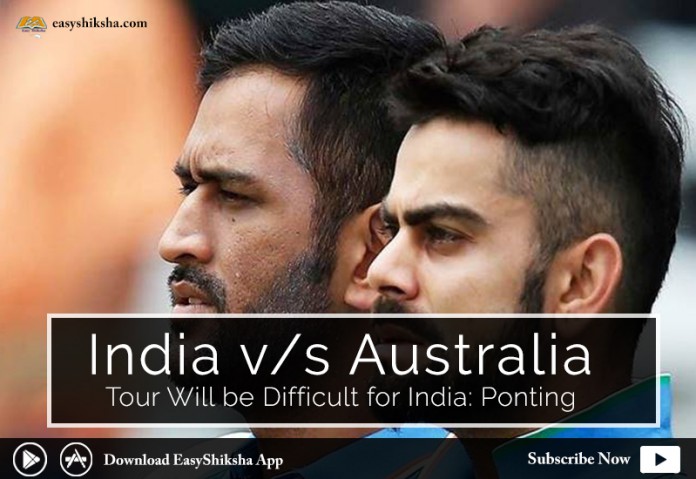 Barring Virat Kohli, the Indian batsmen didn’t fare too well in the five-match Test series in England. India’s inability with the bat was one of the main reasons behind their 1-4 series loss. Former Australia captain Ricky Ponting highlighted India’s problems against the moving ball in England and said that the Indian batsmen will struggle in Australia this summer if conditions are conducive to swing bowling.

In quotes published on Cricket Australia‘s website, Ponting said: “If the ball does swing around a lot or seam around a lot then I think India will find it difficult in Australia.

“I think any time we saw India struggle through the England series was when the ball moved.

“As soon as the ball started to move in the air, or seam, the Indian batsmen will always struggle.

“It’s no different to when Australia go to the subcontinent and the ball spins from day one. We always struggle with that as well.”

“It’s a 22-yard strip and you’ve got to find a way to get the job done. Most teams find it difficult (to win in Australia) and that’s the way Test cricket has been for a long time. I think South Africa are the team over the last 10 or 15 years that have been able to do it more than anyone else,” he added.

India will head to Australia in November where they will first play a three-match T20I series, which will be followed by a four-Test series and then a three-match ODI series to finish things off in January.