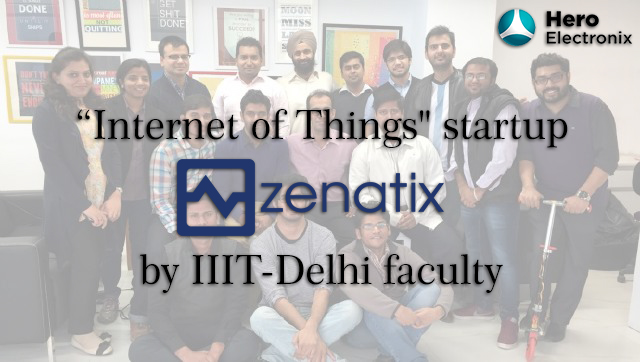 In the recent times, the IoT space witnessed a power-packed event wherein Hero Electronix, the technology arm of Hero Group announced manor investment in a Gurgaon-based Internet of Things (IoT) focused enterprise Zenatix. Zenatix was founded in 2013 by Dr. Amarjeet Singh, faculty at IIIT-Delhi, along with his two friends, from IIT Delhi days, Rahul Bhalla and Vishal Bansal. The company provides solutions which enable customers to connect their physical assets (like air conditioners, refrigeration, lighting, ATMs, DVRs) over the Internet so that these assets can be controlled and monitored centrally in an automated fashion.

In 2015, the startup had raised seed funding from Blume Ventures and a group of angel investors including Rajan Anandan, Snapdeal co-founders Rohit and Kunal and Investopad. In 2016, Zenatix launched its flagship IoT product called WattMan , which is a combination of IoT and AI helping large retail chains (e.g., supermarkets, QSR, apparel stores, etc.) and Banks (for their branches and ATM) in improving their energy efficiency and automate other manual operations. In February 2017 Zenatix raised pre-Series A funding of approx. $1 million in a round led by Pi Ventures with the participation of Blume Ventures. In total, Zenatix had raised $1.5 million before the round of funding from Hero Electronix.

Zenatix caters to clients that have distributed outlets with physical assets, such as air conditioning, freezers, and lighting, where managing energy consumption from a central location is a challenge, according to Amarjeet Singh, co-founder, and chief technology officer. Its clients include Domino’s Pizza, wireless carrier Vodafone, Mother Dairy and State Bank of India. On this occasion, Dr. Singh said the company continues to focus on retail chains and banks because they have multiple locations, each of which has many unconnected energy-using systems. “Our system learns and automatically controls these assets,” he explained. “Everything is happening automatically.”

Zenatix will continue to be run independently by its founders and their growing team, currently counting at 40-members strong. It now has significant corporate backing for its ambitions which will help in many other things including, borrowing on reasonable terms thanks to the association with a big brand name. Zenatix, along with Hero Electronix, plan to remain focused on India for the next year or two and then expand their IoT business into Southeast Asia. Singapore, Malaysia, Indonesia and the Philippines are the target markets. 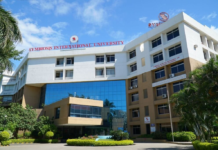