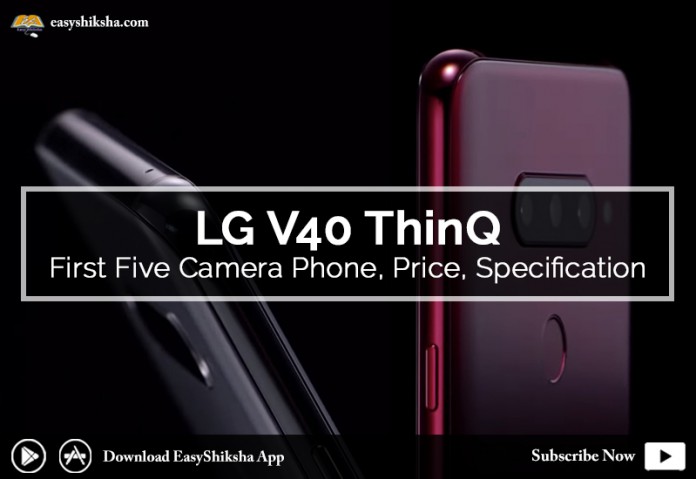 LG, South Korean giant have made official launch of its new phone LG V40 ThinQ at New York event. This silent announcement introduced the successor of the LG V30 mobile phone. V40 also going to be company’s first camera that support total of 5 camera. Three cameras will be mounted on rear and 2 will be on front. This is a high cost premium phone from LG this year.

LG V40 ThinQ price will start in the US at $899.99 (roughly Rs. 66,400) and will vary depending on mobile carrier. The phone will be made available in Aurora Black, Moroccan Blue, Platinum Gray, and Carmine Red colour options, though only the first two colours have been announced for the US market. It will go on sale in the country starting October 18.

A new Triple Preview feature is also available on the LG V40 ThinQ that lets users take three simultaneous shots from the three rear cameras to enable you to pick the best among them. The rear camera setup also comes with Dual Phase Detection Auto Focus (PDAF), HDR, and an updated AI Cam mode. The third-gen AI Cam mode recognises up to 19 subjects and recommends 4 optimised filter options.