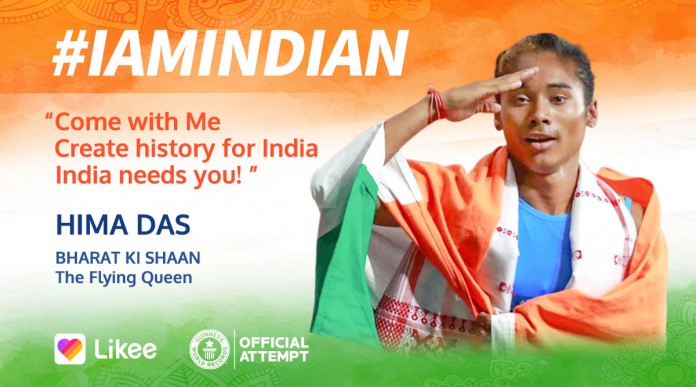 Keep the josh high with Likee’s ‘No matter where I am, #IAMINDIAN’ campaign

New Delhi, 12 August, 2019: Likee, the pioneering global short video creation platform from Singapore based BIGO Technology launches ‘No matter where I am, #IAMINDIAN’ to resonate the patriotic sentiments surrounding the upcoming occasion of India’s Independence Day. The campaign will see Indian users creating high energy videos/duet videos while waving Indian Flag. Likee has also introduced new effects and stickers that users can add to their videos. With this campaign Likee expects to hit The Guinness World Record with the most number of people waving flags virtually to express their love for the country. Likee has looped in India’s international sports sensation Ms. Hima Das to launch the campaign.

On the special campaign around the Indian Independence Day on Likee, Mr. Aaron WEI, Vice President, BIGO Technology says “The level of enthusiasm and creativity of Indian youth in the past campaigns organized by Likee was beyond any measure. Our I-Day celebration campaign is yet another campaign where we expect high level of engagement and we aim to hit a Guinness World Record with this particular campaign. Considering the expected notable impact of our special campaign, it is not an ambitious target.” He further added “It is a huge campaign for us with all our Indian users as our brand ambassadors.”

In June 2019, BIGO Technology rebranded LIKE to Likee encouraging its users to be more of who they are and to go extra with what they are capable of doing. In line with their core brand vision, Likee is organizing the special Independence Day campaign to enable Indian youth to go beyond textual celebration and re-sharing of ad campaigns resonation the patriotic sentiments of Indians. The platform is encouraging youth to utilize their creativity, patriotic energy and Likee’s special effects to create powerful videos that have the potential to hit the right cords among Indians and might go viral. One can make impactful videos on their own or with their friends or with influencers.

So far, all the brands present in India have been creating buzz on social media with their unique Independence Day videos or ad campaigns grabbing national as well as global attention. But for the first time, a video social media platform is launching a campaign in collaboration with its users to celebrate Independence Day and hence making the occasion special for EVERYONE! Likee has recently completed its two-year journey in India and celebrated the milestone along with its users in India. The Indian landscape is an important market for Likee and the app is also dotingly used by millions of youth as well as popular celebrities.

Likee is a simple to use short video creating & sharing app launched in 2017 in India. The app is available in different Indian languages (Hindi, Tamil, Marathi, Telugu, Gujarati, Bengali, Kannada, Malayalam, Punjabi, etc). Likee’s constant endeavour is to innovate, both technologically and user engagement wise, to make the platform more valuable for the Indian youth.

Founded in Singapore in the year 2014, BIGO is one of the fastest-growing Internet companies worldwide. Focusing on technologies such as Artificial Intelligence, BIGO is one of the major companies globally in the field of development and publishing of apps. BIGO owns Bigo Live – a leading global live streaming app, Likee – a global short video creation platform, imo – a global video communication app, and other social apps. In the first quarter of 2019, BIGO clocked over 400 million total average monthly active users on its various social apps. 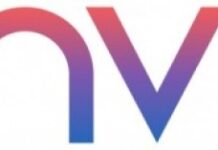 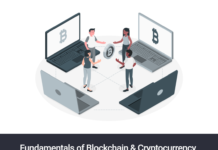