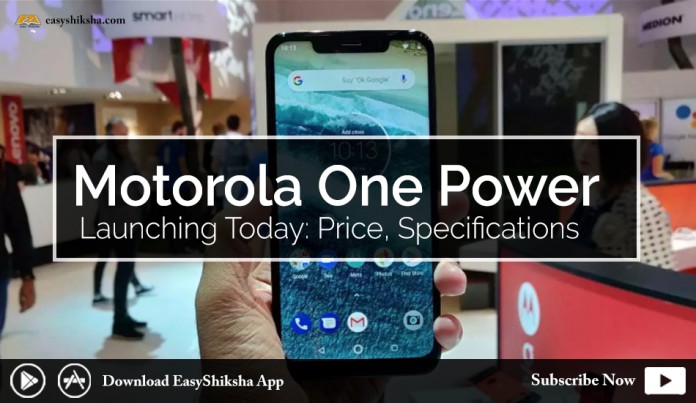 As it was revealed a while back that Motorola One Power will make its debut in Indian Market on September 24, 2018 that is today. The event is organized at Delhi and it will start on 12pm. This phone made first appearance at IFA 2018 in Berlin. At that event this Lenovo owned company made an announcement that this Moto One Power will be exclusive to Indian Market only.

As far as specifications are concerned, the features a 6.2-inch full HD+ (2,246 x 1,080) Max Vision notch display with a 19:9 aspect ratio. It is powered by Qualcomm Snapdragon 636 SoC processor paired with Adreno 509 GPU. The phone offers 4GB of RAM and 64GB native storage (expandable up to 256GB via microSD card). In terms of camera, Motorola One Power sports dual camera set up at the back having a 16MP primary sensor and a 5MP. Up front, it has an 8MP camera for selfies. The Android One-powered smartphone runs Android Oreo right-out-of-the-box. It packs a huge 5,000mAh battery.