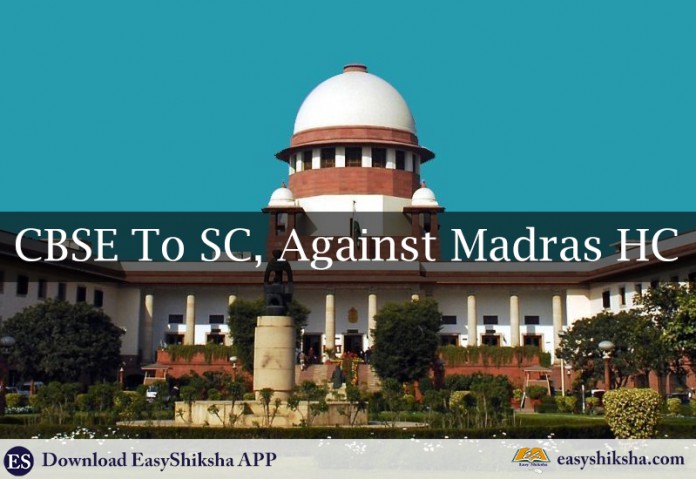 There is been tug of war going on between Madras HC and CBSE from past few days. CBSE was ordered to grant 196 grace mark to all the 24000 students who appeared in Tamil NEET 2018. Due to some mistranslation in paper from English to Tamil, HC alleged CBSE that they should grand 196 marks for all those 49 questions each weighing of 4 marks.

In response to this, the board may approach to Supreme Court against Madras HC for granting total 196 marks to NEET candidates who appeared for the exam in the Tamil language for this year. Now CBSE may move to SC against this order from Madras HC.

HERE’S WHAT THE PETITIONER AND SENIOR CPM LEADER HAD SAID:

“The key words in the Tamil questions were wrongly translated from English and this caused confusion among the candidates,” T K Rangarajan told TOI.

About 13 lakh candidates had appeared for it from which roughly 1.2 lakh were from Tamil Nadu

Stating that the students who appeared for the exam in Tamil should be provided a level playing field, the court had said: “The difficulty of a student in taking an examination of such importance, in understanding rightly a wrong question, be howsoever mild the error, is to be appreciated, placing ourselves in his shoes and not in the shoes of those having the leisure of easy chair reflection.”

Implementing the High Court order, the government feels, could lead to more litigation as it would push a large number of candidates out of the current merit list. That apart, awarding an additional 196 marks to those who took the test in Tamil could also result in some candidates scoring more than the total marks. The NEET-2018 paper, for admission to medical and dental colleges, had 180 questions with total 720 marks.