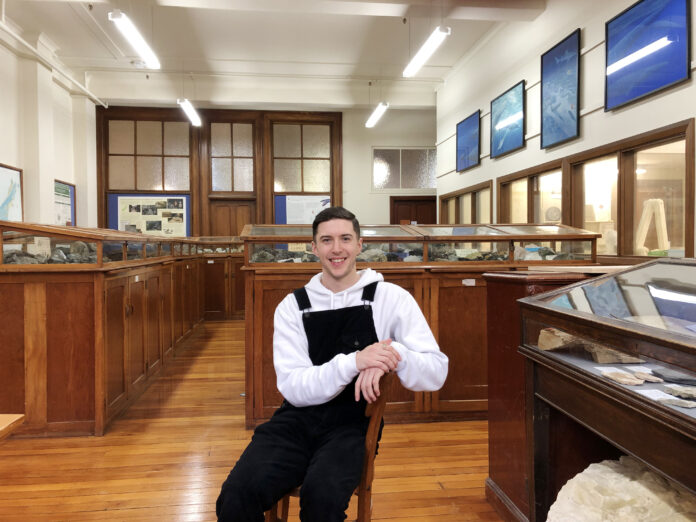 “Ancient DNA doesn’t have to be destructive,” says lead author Lachie Scarsbrook. “Our new method allows the reconstruction of genetic whakapapa without destroying the very bone that’s kept its secrets for thousands of years.”

The research, published in the international journal Molecular Ecology, presents a new method of obtaining genomic data from small vertebrate remains that causes no visible damage to the underlying bone.

“This will not only facilitate analyses on materials in museum collections that are either too small to be destructively sampled, but also more rare and valuable materials, both culturally and scientifically,” Mr Scarsbrook says.

The study, undertaken when Mr Scarsbrook was completing a Master of Science in the Department of Zoology, used contemporary and extinct populations of Hoplodactylus geckos as a case study, and represents the first mitochondrial genomes obtained for any New Zealand lizard.

“The significant loss of genetic diversity in both North and South Island populations is testament to the impact of humans and introduced predators. Our research is having meaningful and direct impacts on the conservation management of Duvaucel’s gecko.”

Supervisor and co-author of the study, Dr Nic Rawlence of the Otago Palaeogenetics Laboratory

says that one of the upshots of this research is that knowledge of New Zealand’s geckos at the time of human arrival is now a clean slate.

“It was previously thought that you could only distinguish between bones of different gecko species on the basis of size, but amazingly CT scans and ancient DNA showed that we could in fact distinguish different geckos using shape alone – size got thrown out with the bathwater,” Dr Rawlence says.

“It turns out size doesn’t matter after all, meaning what we know about New Zealand’s geckos at the time of human arrival is now a palaeontological clean slate.”

Currently completing his DPhil in the Palaeogenomics and Bio-Archaeology Research Network at the University of Oxford, Mr Scarsbrook says the research also speaks to the process involved with making scientific progress.

“We first attempted to obtain mitochondrial genomes using a different method, and after months of time in the laboratory, we failed to produce usable data.”

“After going back to the drawing board and making some changes we achieved our goal, which just goes to show that perseverance in the face of failure is key if you’re going to help make scientific advancements.”

Dr Rawlence says the continuing research programme will use these new techniques to reconstruct the lost ecological history of New Zealand’s gecko and skinks (where size-based identifications have confounded scientists), and frogs and tuatara, in partnership with the Department of Conservation and Māori iwi.

“The long-term conservation of finite specimens is of huge concern to curators globally, so what Lachie has developed will not only unlock molecular secrets but potentially vast swaths of natural history and archaeological collections globally to similar genetic analysis.”

Education New Zealand (ENZ) is New Zealand’s government agency for international education. ENZ works to grow awareness of New Zealand as a study destination and to support New Zealand education providers and businesses to take their services and products abroad.

For more information on why New Zealand best place is to study and live:
www.studyinnewzealand.govt.nz/

For more information on Future Proof Yourself:
www.studyinnewzealand.govt.nz/in/futureproofyourself/