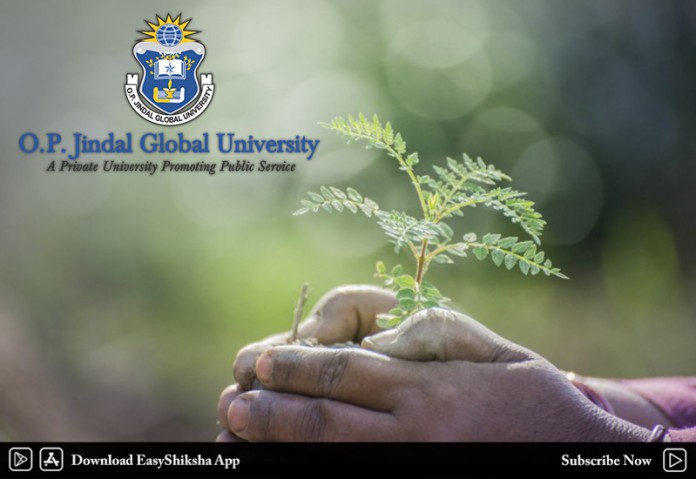 New Delhi, December 3, 2018: The Jindal Centre for Social Innovation + Entrepreneurship (JSiE), JGU in association with Haiyya launched ‘People, Power and Change’ (PPC). It is an Executive Education Program in Community Organizing for Leadership and Social Action. The 10-week program is spearheaded by the women leaders at Haiyya, who are alumni of Harvard Kennedy School, and wanted to give back to the community by helping to create young leaders to drive social change here in India. The course is based on the community organizing framework developed by Professor Marshall Ganz from Harvard Kennedy School, and adapted successfully around the world, including within the Obama electoral campaign.

Haiyya is a New Delhi-based grassroots campaigning non-profit organization, and is a global affiliate of Leading Change Network that works, develops and extends Ganz’s organizing framework across the globe. The Jindal Centre for Social Innovation + Entrepreneurship (JSiE) at O.P. Jindal Global University is a global social impact centre. JSiE works to strengthen the capacity for social innovation by building bridges between socially responsible leaders around the world through innovative teaching, startup incubation, and social impact research.

Reflecting on the launch, Jeremy Wade, Founding Director of JSiE said, “Social innovation is in our DNA, and community organizing and leadership play integral roles in this kind of innovation. We are very pleased to be associated with Haiyya to provide this platform for leaders across India to learn and build capacities in their communities and within themselves. The goal of this program is fully aligned with our vision to spur inclusive growth and development in the country and globally. People have incredible power to shape society and communities to create a better future. The PPC program aims to cultivate leaders who inspire positive change in their communities and across India.”

The Board of Directors of Haiyya, Aprajita Pandey and Natasha Chaudhary, say that the idea of this program is to address the gaps in the social justice space in India, and introduce the ‘community organizing’ framework that believes in people’s power to lead change. “We are a generation of young people who want to be actively involved in social issues, and lead the change we want to see. However, there’s a lack of avenues, as not many programs exist in India that give direction on how to develop leadership skills and drive social change. The ones that do exist are either inaccessible or westernized. With ‘People, Power & Change’, we have made a program tailored for the Indian context and accessible to diverse communities, so they can harness people power and initiate social action.”

The first batch kicked off on 16th September with a starting batch of 13 students. Rupinder Bhalla, Network and Engagement Manager, who is leading the program said that the applications received were very impressive. “The people who have applied are from such diverse professional backgrounds, working in grassroots and causing real change. The modules in this program will definitely help them amplify the work they’re doing in different socio-political issues, from gender and environment to education and poverty. We will help them develop campaign strategies, create powerful narratives, structure strong leadership teams, initiate grassroots action, and achieve their goals!”

The six facilitators of this first-of-its-kind program are all Indian women and alumni of the Harvard Kennedy School. Apart from theory classes, applicants get a chance to be coached on the principles of community organizing by 10 international Harvard alumni, from countries like USA, Denmark, Turkey, Middle East, China, Singapore and Australia. The program is also bringing in development sector professionals associated with the Harvard Kennedy women India Network that will mentor the changemakers by delivering talks and workshops that will mentor the students by delivering talks and conduct workshops.