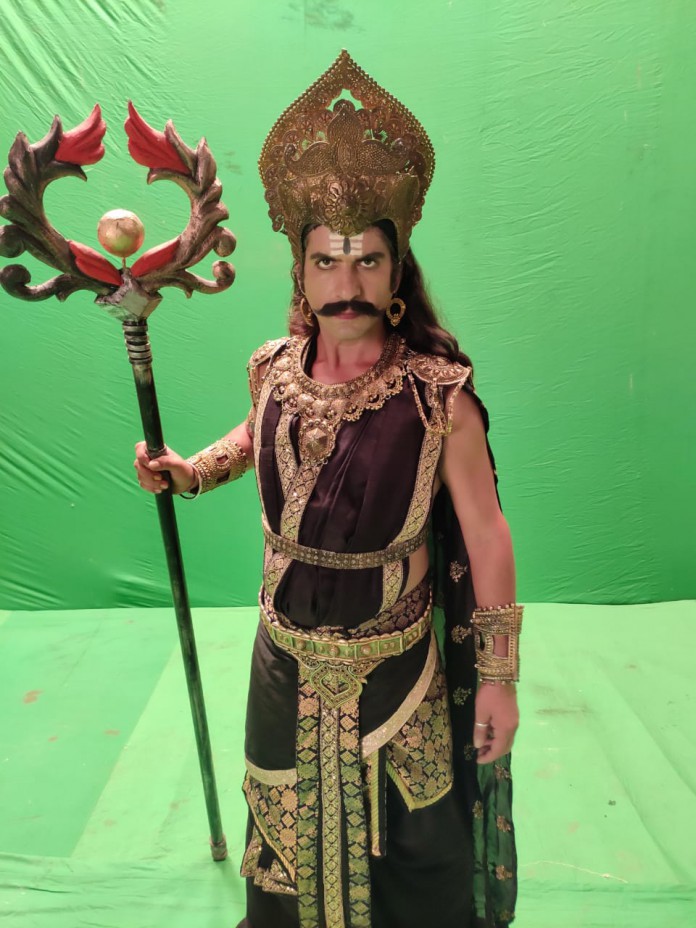 Continuing the GyarahMukhi Hanuman stories narrated by Anjani (Sneha Wagh) Mata’s, the upcoming episodes will introduce Lord Shani, the supreme deity, punishing or rewarding people for their karma. Essayed by Puneet Vashist the forthcoming episodes will see captivating drama as the Gods have upset Shani Dev by giving Maruti an unmerited power in the form of Daivik shakti. It also marks the entry of Puneet Vashist who has been very popular among audiences for his significant work in the movieFanaa, and Happy New Year among other Bollywood films and renowned daily soaps.

Speaking about his entry as the angry Lord Shani Dev, Puneet Vashist says, “I am humbled to be part of &TV and the Kahat Hanuman Jai Shri Ram family. A lot of preparation has gone into playing Shani Dev’s character. Right from the temperament to the expressions, to the Shuddh Hindi dialogues, and most importantly portraying the significant character of Lord Shani. Shani Dev is the son of Surya Dev and Chhaya. While his mother was going through severe penance, Lord Shiva, therefore, blessed Shani Dev with darkness symbolizing the power of extreme penance that he possesses. He has always been one of the most popular and the most dreaded Gods in Hindu mythology. I am quite excited about this role and looking forward to seeing it come alive on-screen.”

The Gods have angered Lord Shani, the effects of which will be unleashed on Bal Hanuman and his family. Lord Shani will order Amangal to break Hanuman’s family. How will Bal Hanuman overcome the wrath of Shavi Dev?