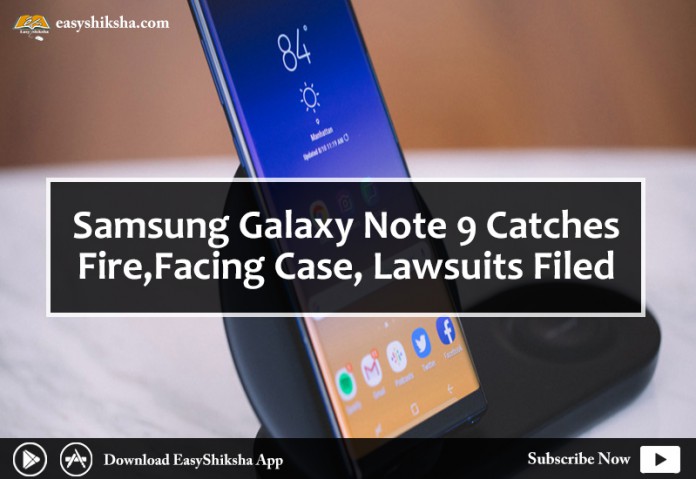 By now Samsung Mobile catching fire will not be a surprising for people. One again this incident has happed while a woman was carrying the mobile in her purse. This report is coming from the US. As per the Softpedia news, the lawsuit is filed in New York. According to that Diane Chung, a real states agent, was using the cellphone this month and it started getting really hot. She put it into her purse but after while notice smoke coming from her purse.

Chung emptied the purse, but a fire had started. An onlooker then allegedly picked up the Galaxy Note 9 with a cloth and threw it away. The New York Post reported that Samsung did not comment on the issue. The reports come after Samsung Galaxy Note 7 smartphones were recalled worldwide in 2016, following exploding batteries and subsequent fires.

New York Post reports based on the court papers. Chung placed the smoking bag on the elevator floor and tried to empty it, burning her fingers as she tried to grab the Galaxy Note 9. As soon as Chung reached the lobby, she kicked the device out of the elevator.