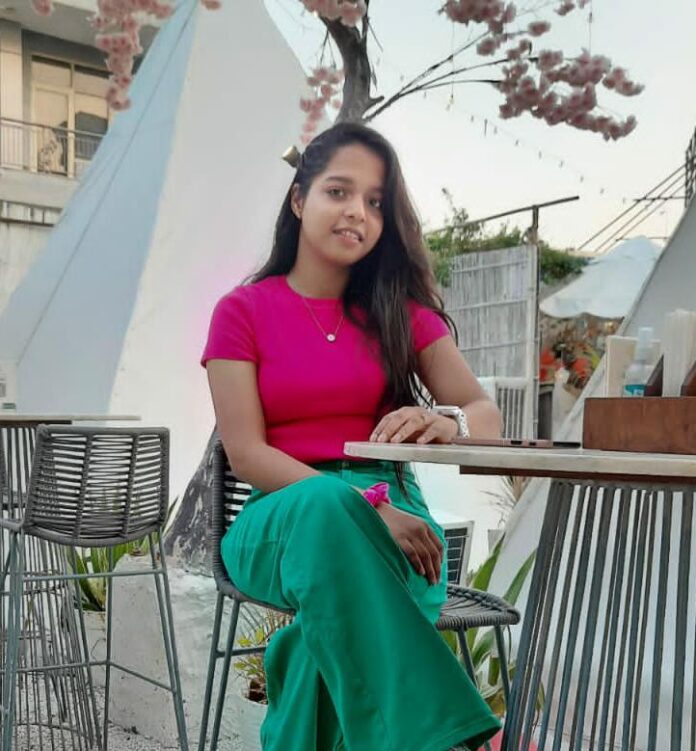 Priyal Gupta, a Special Educator at Orchids – The International School (OIS), Gurugram is currently living the life that she always wanted to – helping those in need of mental and emotional support. A survivor herself, Priyal always wanted to lend a helping hand to people who needed the much-needed attention and special care to help overcome their distress , and live a normal life Building mental fortitude. Her decision to be a special educator came with her experience of being on the other side of the table, and it was certainly not easy.

At the tender age of 11 Priyal realized that she was being brought up by her aunt, and that her mother had passed away when she was only six months old. It was difficult for Priyal to accept that reality; too shocked Priyal could not speak to anyone about this and decided to keep it as her very own secret. This was one of the first instances where she began bundling up her feelings and not open up to anyone else. She kept this within herself for close to five years until she finally had the courage to ask her aunt about it. Her aunt did not tell her anything and Priyal was not keen to speak about this to anyone else in the family.  Till today, she doesn’t know what happened to her mother.

While she was trying to cope up with this drastic news, at school, she was being bullied for her skin tone. The constant nagging and smirks was not something she could bear. The bullying continued and she decided to move with her father, stepmother and stepbrother. Things were not easy there as she was treated differently. Unfortunately, her father too did not speak to her at home, and everyone only had basic conversations with her and this indifference continued for three long years. Priyal began wondering that no one loved her and slowly slipped into depression. An otherwise brilliant student, her grades went down, but Priyal was unable to figure out the reason for her under performance in academics.

When support came in

After schooling she started going to the college, but she kept her classmates and roommates at a distance. She was aloof and always preferred to be herself; she even had thoughts of causing self-harm. But her aloofness and silent cries did not go unnoticed. Her room mates at the hostel encouraged her to open up, and her cousin to whom she still goes to advice instilled the much needed confidence she needed. In Priyal’s own words, “My sister told me that if I want to do my best in studies, I need to have a hold on my emotions. I need to ensure that no one’s comments hurt me or hamper my mental state. She told me that I need to focus on my future career if I want to be independent and live life on my own terms.”

Inspired by the support and love she was receiving, she then decided to turn her life around. Taking control of herself and building her mental fortitude, Priyal started getting better mentally as well as academically. “Those words by my sister changed my life and I still take advice from her for anything. Also, if my friends hadn’t supported me at that point of time, I wouldn’t be here today.” Priyal said.

During this time, Priyal came to know that one of her cousin was diagnosed with autism. She decided to not contemplate any further, and began her search to build a career in counselling. She completed her Integrated B.Com, B.Ed Special Education and a Masters in Learning Disability. Currently, she is also planning to pursue MA in Counseling.

Today, Priyal is helping special students at OIS, Gurugram as well as guiding other students at the school who need her support. She is currently a special educator and looking after two special children of the school, apart from these, she also conducts mental health session with other students. “My relationship with my step mother as well as my brother has improved. I am proud of where I have reached and how I have achieved success today,” Priyal said. She looks forward to support and be there for anyone who needs someone to listen, and help them overcome their distress, and just be there for them.