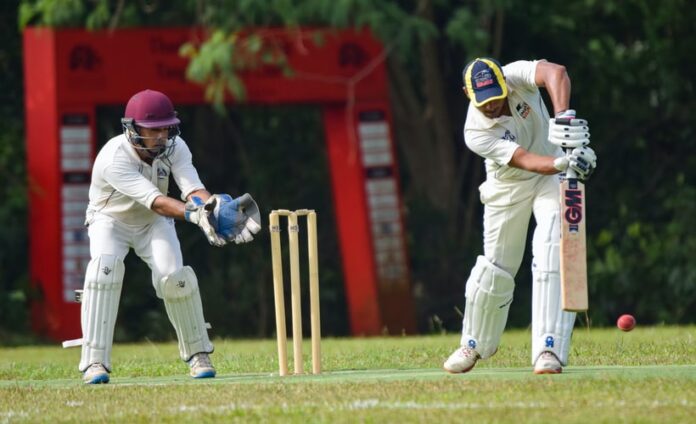 One of the most-watched sporting events online and on television that has a viewership in the millions and contributes to the Indian economy by the billions is the IPL or the Indian Premier League (IPL), which is a professional Twenty20 cricket league played by 8 different teams through 8 different cities in India. It has been around since 2007 and still going and growing strong. The league recently had its 14th season in 2021, with roughly half of the Indian TV viewers watching the 2020 iteration, which shows its wide domestic popularity.

The first half of the league has produced some positive results and some of the best moments of individual brilliance have been portrayed by the skilled players. The IPL tournaments gave its fans and viewers some of the best in exciting action, fun and thrilling play and the hope of looking forward to some further competition. The second half of the season begins on the 19th September 2021, with close, undefeated competitors the Chennai Super Kings taking on the two-time defending champions the Mumbai Indians.

Some of the key takeaways from the part that was played in the T20 have been included below for your entertainment.

Moments from The Rajasthan Royals in IPL 2021

The South African all-rounder, dubbed as the most expensive player to ever be bought in the history of the IPL tournament, lived up to his name in the IPL 2021. Against KKR he did not let any of their batsmen continue to play by taking a continuous four-wicket haul. He kicked out Andre Russell, Dinesh Karthik, Shivam Mavi and Pat Cummins while on the field.

Some of the best action ones can ever expect is on the cricket pitch. If you’re voting for a team and placing some bets on it, even better. The unpredictable vibe of the IPL games has something to revere and when emotions are heightened and expectations abound, there is nothing better than participating from your online screens and checking out the IPL betting odds from 10CRIC.com before the game even begins, for some added fun and excitement.

Yet another exhilarating moment came when Chetan Sakariya was signed on to become one of the Rajasthan Royals. The fact that he made his action memorable in this match was no surprise. Having been bought for a large sum of money by RR (for INR 1.20 Cr), the expectations were high for the left-arm pacer from Saurashtra. He picked 7 wickets in 7 games and bowled exceptionally in the powerplay overs.

Mumbai witnessed Yashasvi Jaiswal first ever IPL match in 2021, representing the Rajasthan Royals (RR) against Kolkata Knight Riders (KKR) at the Wankhede Stadium. As a replacement for Manan Vohra, when Jaiswal hit the pitch, he bowled against West Indies batsman Sunil Narine, who misjudged the act and bowled a slower one.

Jaiswal redeemed a previous mistake where he failed to catch Dill under similar conditions before and ran forward to dive and take the catch pulling off not just a well-timed catch but a stunning performance, once again proving his worth by showing his class on the field.

Needless to say, with such nail-biting performances from so many of the skilled players, including the above-mentioned and others, there is a lot to look forward to as and when the Board of Control for Cricket in India (BCCI) decides it is a good time to continue this much-anticipated match of the century. This is one to look forward to and watch this space for some additional top moments from the remainder of the game, which we hope will be later this year.

Moments from The Royal Challengers Bangalore in IPL 2021

Even since Glenn Maxwell was bought by the RCB, he has become an asset to the team and undoubtedly proving himself once again in this match. Not only has he scored plenty of runs for the team, but also bowled a few overs and his efforts have not been ignored.

In an attempt to go over mid-wicket, Maxwell dived forward to take on a sharp catch and dismiss Shivam Dube, who miscalculated the length of Kane Richardson’s balling attempts and stepped backward in error. Dube’s shot, nonetheless, left him out of the round in disappointment.

One of the lead candidates to win the IPL 2021, was the Royal Challengers Bangalore. The spectators lent applause to one of their star players, Harshal Patel, when he proved to be one of the first bowlers to take a fiver against MI. in the 14 years of the history of IPL this is the first time this has been done.

Patel returned with numbers of 5 for 27 as RCB restricted MI to 159 for nine, choosing to field first in Chennai. Playing against Marco Jansen, Hardik Pandya, Ishan Kishan, Krunal Pandya, and Kieron Pollard, he took 3 wickets in the last over and ended with a score of 159/9 in 20 overs.

Some cricketers’ rise to the top institute’s hours of persistence, determination and hard work, and others include, largely, an abundance of natural ability and talent. Abraham Benjamin de Villiers famously known by his fans as A B de Villiers is one of those players and it is impossible to choose a moment in any IPL match and not include him in the list.

The game between the RCB and Kolkata Knight Riders (KKR) was at a score of 3-95. If they could get 180 they would be happy but ABD had other plans. In a surprising twist of expectations and a positive one at that, batting alongside Glenn Maxwell AB helped RCB reach 204. The South African smashed nine 4’s and three 6’s with the ease of a bird in flight. Perhaps his batting strike rate of 223.52 was at play or perhaps it was sheer luck, he left his fans cheering for more.