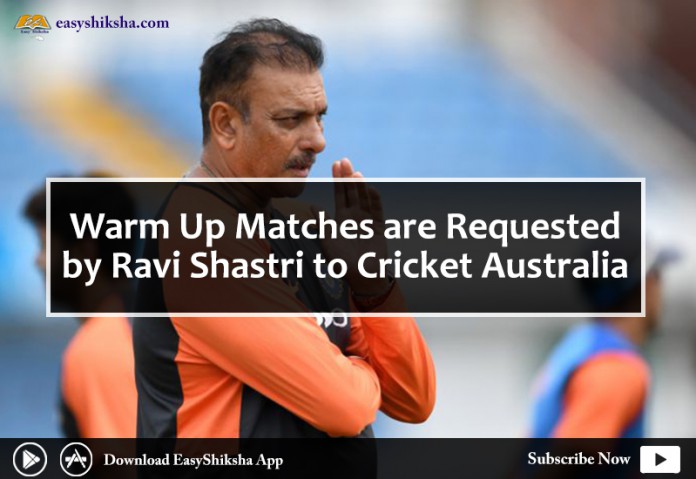 Cricket Australia has given the result in the favor of the Ravi Shastri’s request done earlier for couple of more warm up matches. India in recent time lost a test series with England by 4-1. With this experience Ravi Shastri wanted Blue Boys to be more prepared toward next series that is going to be help late this year. If they are about to face more red balls in future it is better for them to be ready for the scenario.

“We are happy to discuss options with the BCCI, but we have not received any formal notification to increase the number of tour matches prior to their series commencing in Australia,” a Cricket Australia spokesperson was quoted as saying.

In England, even the lone four-day practice match against county side Essex was reduced to three days amid high drama over the condition of the pitch and the outfield, both of which apparently left the visitors unhappy.

“If you have two or three games against weaker sides we don’t mind because it is a game,” Ravi Shastri remarked. “But when you have a schedule as tight as this and when you have a memorandum of understanding that has already been formulated, with a choc-a-bloc calendar, there is very little you can do. Now, we have requested for a couple of (warm-up) games in Australia before the Test series. But is there space (to play those matches)? That is the question.”

Backing his support staff the 56-year-old Indian coach also stated that he was unruffled by the criticism coming along his way. “I head back home with a very positive state of mind. I know exactly what we do. I know exactly and clearly where the team is heading – it is heading in the right direction.”